If Joe Biden is willing to lie to his supporters, imagine how he’d be as president.

Former Vice President Joe Biden’s campaign altered a polling graphic based on a New York Times chart to tout how the Democrat is faring against President Donald Trump ahead of the election, a Times political reporter said.

The graphic emailed to those who “went to Joe 30330” appeared to downplay Sen. Bernie Sanders’s polling relative to Trump in key battleground states, NYT political reporter Shane Goldmacher wrote in a tweet Tuesday. “In an email to supporters, the Biden campaign said ‘other candidates can’t’ beat Trump,” Goldmacher noted.

NEW: In an email to supporters, the Biden campaign said "other candidates can't" beat Trump.

But the polling chart they sent to supporters, sourced to NYT/Siena, is inaccurate.

“The Biden campaign acknowledged that they got it wrong, and will correct future versions and re-upload graphic ‘so people who haven’t opened the email will see the correct one,’” Goldmacher added. (RELATED: Poll Shows Trump Trailing Biden In 4 Of 6 Key States He Won In 2016)

The Times poll, published Monday, showed Biden with a five-point lead on the president in Arizona, three points in Pennsylvania and Wisconsin, and two points in Florida among registered voters. They are running neck-and-neck in Michigan, while Trump carries a two-point advantage in North Carolina. Biden is up among likely voters compared to Trump by one or more points in Michigan, Pennsylvania, Wisconsin, Florida, and Arizona, but his campaign’s graphic does not accurately depict numbers for Warren and Sanders in relation to the Times chart.

Sens. Elizabeth Warren and Bernie Sanders are also performing well in those areas. Trump and Warren, for instance, are even in Pennsylvania and Wisconsin among registered voters, while Trump holds a lead of six, four and three points in Michigan, Florida and North Carolina, respectively. Warren has a two-point advantage in Arizona, according to the poll.

Biden’s campaign has not responded to the Daily Caller News Foundation’s request for comment. 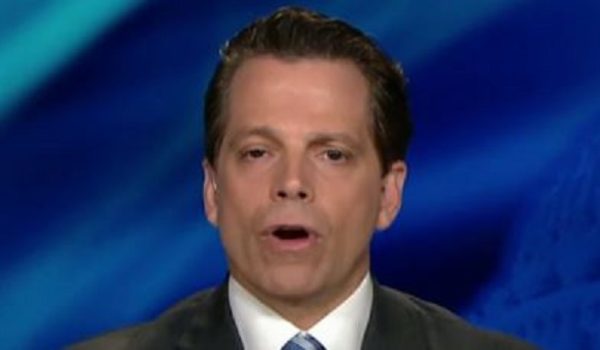 Anthony Scaramucci claims Trump will be gone by March 2020, compares him to cult leader
Next Post
Trump signs off on plan to cap U.S. refugee limit at 18,000 in 2020