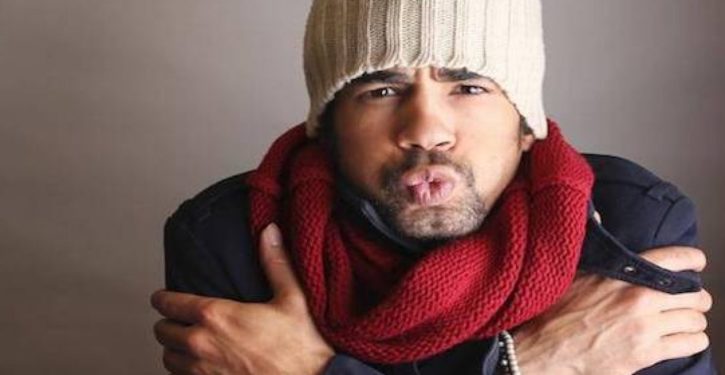 In an article about the aftermath of the deadly school shooting in Parkland, Fla., the Associated Press wrote that Broward County Sheriff Scott Israel had described visiting the families of the victims. “I’ve been to their homes where they sit and shiver,” the AP quoted him as saying.

The people Israel visited must have had the AC cranked up too far, because Broward County has been logging 80-degree temperatures of late. There’s actually a better — and funnier — explanation. And that’s that what Israel actually said was “I’ve been to their homes where they’re sitting shiva.”

Sitting Shiva is a term used to describe Jewish mourners participating in the traditional seven-day mourning period. During the period of Shiva, mourners sit on low stools or boxes as they receive condolence calls and tell stories of the deceased. This is where the phrase “sitting shiva” comes from, and it is a practice that symbolizes the mourner being “brought low” following the loss of a loved one.

On Monday, four days after the original story, the Associated Press issued a correction. 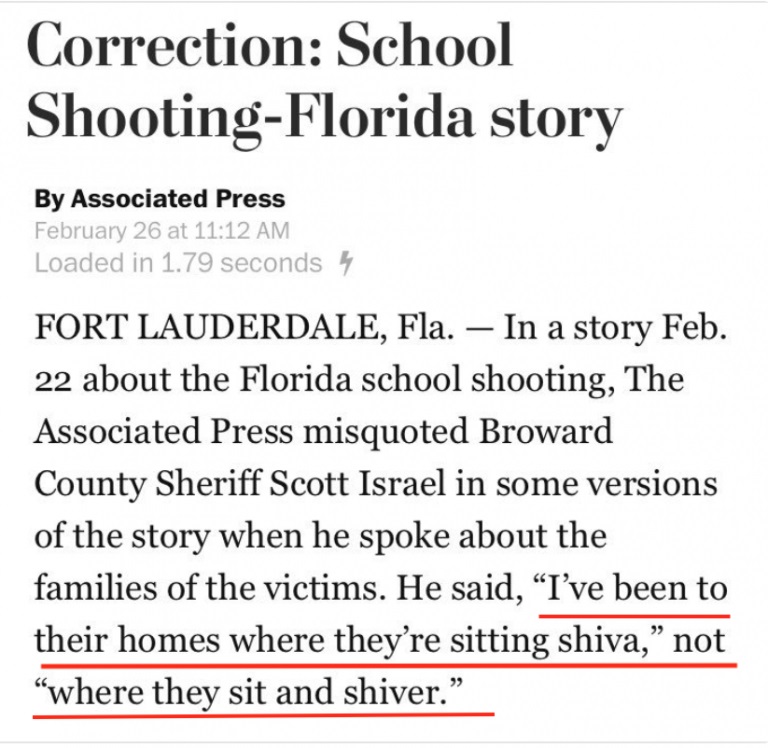 When I go, all I humbly ask is that you, @yidwithlid and @jpodhoretz remember me by sipping Chivas. pic.twitter.com/NlN06Wbchv