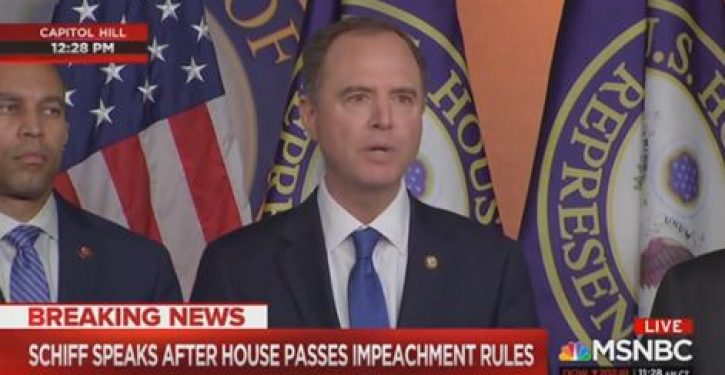 It was a bad enough lie hearing it from Nancy Pelosi’s lips. But to hear it from this guy, who has just about salivated on national TV at the prospect of finally realizing his vengeful three-year-long dream, is simply too much.

Schiff is the clown who repeated like a stuck record throughout the Mueller investigation that he had iron-clad proof of Donald Trump’s collusion with Russia. It was Schiff who lied about when he first knew of the “whistleblower’s” complaint and may have coached that person to get the most mileage out of the flimsy evidence he provided. Finally, it was Schiff who staged a “dramatic reading” of the transcript of the phone call between Trump and his Ukrainian counterpart on the House floor because the original wasn’t damning enough.

And now, after close to a month of daily secret “impeachment” hearings, followed by selective leaks to the media that would best support the patrisan narrative he wanted to convey, Schiff wants Americans to believe he takes no pleasure in these proceedings.

Here is a video of his statement following today’s vote, which was along party lines. A transcript follows.

… [T]he Oval Office, who would sacrifice the national security, who would fail to defend the Constitution, who would place his personal and political interests above the interests of the country. They understood that might happen. And it provided a mechanism to deal with it. And that mechanism is called impeachment. We take no joy in having to move down this road and proceed with the impeachment inquiry. But neither do we shrink from it. The resolution from the perspective of the Intelligence Committee sets out important procedures for how we may conduct our open hearings. During the depositions that we’ve conducted thus far, we’ve used a format that we believe very conducive to the fact-finding process. [Emphasis added] 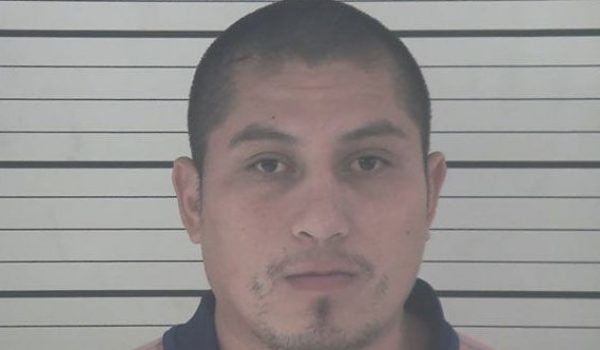 Rapist and child molester in U.S. illegally released from prison ‘in error’
Next Post
‘Whistleblower’s’ identity is reportedly open secret in Washington, D.C.