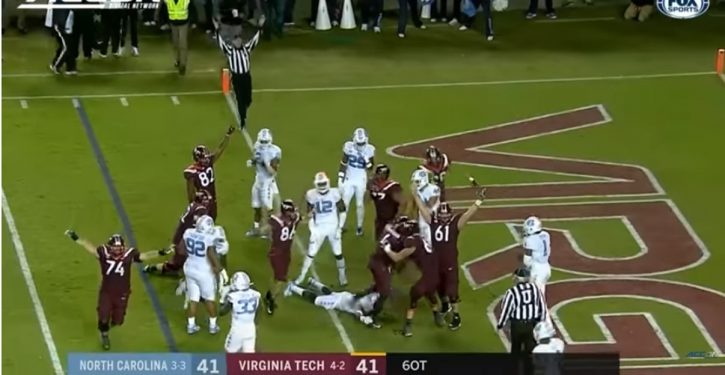 SMU, clocking in at #16, continues to edge in an upward direction with Thursday’s convincing win over Houston.

Friday night is being enlivened by Colorado (motto: “We take a pounding!”) looming over USC 31-21 as the clock begins to look like a hostile bogey, at least to the Trojans.  We kind of miss the PAC-12 around here.  (USC had a late surge and turned their minor key major, at least for a night. 35-31 over the Buffaloes.)

The University of Tulsa Golden Hurricane, which beat Notre Dame 28-27 on 30 October 2010, has dropped to 2-5 with the comparatively respectable loss to Cincinnati.  On Saturday evening TU hosts Memphis, coming in 6-1 off a resounding win over Tulane.  The Tiger give of a measly 10 does bespeak some R-E-S-P-E-C-T for the retooled Tulsa defense.  Reign ‘Cane!

#5 Oklahoma has a morning date with 4-2 Kansas State in Manhattan, and although the Sooners give 23.5, this one is never beanbag.  We peeked, just sort of checking, you know, and OU will play Baylor in Waco on 16 November. But Muleshoe Man will have the team focused on the Wildcats this weekend.

Oklahoma State makes its Big Mistake playing noonish at Iowa State, now 5-2 to the Pokes’ 4-3.  The Cyclones are favored by 10.5.

Navy at 5-1 is starting to look like they have a bit of a defense, and will host 5-2 Tulane with a homestand give of 4.

Army leads us off Saturday hosting San Jose State, which seems kind of pointless for both parties, but we wish them well.  They’re a matched pair at 3-4; that said, the Army edge of 10 is a good tip, SJSU being pretty sucky this year.

Air Force is 5-2 and hosts Utah State in Colorado Springs Saturday night.  Falcons give 3 with their bad air attack.  Dry but a tad chilly, with temps dropping through the 40s by kickoff and an overnight low in the 20s.  Fall in the Rockies is upon us.

We’re not sure our hearts could take another Virginia Tech game quite so soon, after the 6OT cardiac clash with UNC last week, so we’re relieved to report that the next match for the Hokies will be on 2 November at Notre Dame.

Nevada, 4-3, treks to Laramie on Saturday afternoon for one of our patented Inner Circle showdowns with Wyoming, now 5-2 and looking fabulous.  We’re so proud of both teams for being above .500, we could bust.  Pokes give 14, but let’s give it up now for two teams that both know how to play at ridiculous elevations.  It will be clouding up with the front rolling in, but in the 50s at game start, and the snow and temps in the teens aren’t supposed to get there until Sunday.

#2 LSU is making all the right moves, playing host yet again for a big one in the Storied Rivalry with #9 Auburn, which late-coming sportsbabblers will no doubt refer to as the Tiger Bowl.  We’re leaning toward calling this one the game of the week, figuring even an all-stops-out Wisconsin can’t give Ohio State the game Auburn can potentially (but not necessarily reliably) bring to Death Valley.  Those perfunctory words uttered, LSU is looking F-I-N-E, and we’d take all the points we could get from them.  The line has it at 10.

TCU has been suffering a bit at 3-3, and could use a pick-me-up in Saturday’s bout in the Fort with #15 Texas.  We didn’t even need to check to guess that this one’s a pick-‘em for the oddsquad.  Kind of hard to know: the potential is there for a shoot-‘em-up, but the Frogs have been bedeviled all season by the first-half sluglies.  Should be a good learning experience for all hands.

Toledo has been having quality learning experiences out the wazoo and stands at 4-3 heading into hosting duties against Eastern Michigan.  Starting QB Mitch Guadagni will be sidelined for another week, and the local coverage is cagey about who will start in his stead.  Both backups saw field time last week.  The Eagles are 4-3 as well, and have an early-season win over Illinois to their credit, which is the same Illinois that beat Wisconsin last week.  But EMU’s also lost two of three MAC matches so far.  So we’re not really sure what we’re saying with all that, but the Rockets have the odds nod by 3.

#3 Ohio State hosts #13 Wisconsin, which isn’t likely to recover from the hurt-smarts this week.  Buckeye give: 14.  (Buckeye bettors: lily-livered.)

New #6 Penn State heads to Michigan State to play for one of our all-time favorite trophies in their Storied rivalry match.  We love the Land Grant Trophy like a 1960s decorating magazine.  If the Friends of the Public Library designed a thank-you memento by committee for a big donation from AT&T, it would look like this trophy.

New #7 Florida has the week off.

#8 Notre Dame is at #19 Michigan for the marquee game Saturday evening, with the oddsdudes calling it a pick-‘em.  We’d take points from the Arsh.

#10 Georgia is off as well, preparing for the game of humongitude with Florida on 2 November.

Illinois will skedaddle its bad self to Purdue to fight for the Purdue Cannon.  Sadly, the cannon is one of those tiny plaque-mounted models that are such a disappointment to the discerning trophy cannon connoisseur.  But the Illini are coming off a thrilling victory over Wisconsin, and trophy aesthetics aren’t uppermost in their minds.  The Boilermakers give 9.5.

Duke will be at North Carolina on the short end of 3 in their clash for the Victory Bell.  There are too many victory bells rattling around in NCAA football for our taste, and we feel sure you don’t need a gut check with a photo of one.

In FCS, McNeese State is 4-4 heading to Nacogdoches to take on Stephen F. Austin U. on Saturday.  The Lumberjacks come in 1-6, but they’ve had some narrow losses and don’t completely suck.

We’re sure you know Bum Phillips was an SFA alum.  But you probably didn’t know an SFA alum was one of the discoverers of plutonium and the head of the Chemistry and Metallurgy Division at Los Alamos in the 1950s.  Joseph W. Kennedy died, sadly, of stomach cancer at the age of 40 in 1957.

60s and partly cloudy for the 1 PM game start.

In Div II, Slippery Rock is blowing the roof off the sucker at 7-0, but tied for #9 in the Coaches Poll with Colorado School of Mines.  Life in a top 10 ruled by legacy and privilege.  The Rock will host 3-4 Clarion U. Saturday in a PSAC bout, pausing only to honor the military and first responders.  Expect a wet one: the 1 PM kickoff will see 50s and plenty of rain.

UCO is on the road with its 2-5 record, taking it for a spin at MIAA opponent Washburn (Topeka, KS), which itself rejoices in 3-4.  We always appreciate checking in with Washburn’s creeptastic mascot, Ichabod.  1 PM is the kickoff time of the day this weekend; expect a perfect 60 with bright sun streaming down on Topeka.

In Div III, Rose-Hulman, now 4-2 after blanking Anderson last week, hosts Mount St. Joseph (Cincinnati) for their annual rivalry match.  MSJ is 6-0 (4-0 conference) and number one in the Heartland standings, with RHIT clocking in at number three.  We’re expecting MSJ to prevail, to be very honest, but a win for the Fightin’ Engineers would be killer.  Intermittent rain and mid-60s will grace the 4 PM game start in Terre Haute.

Christopher Newport is having an excellent series of learning experiences as it subsides to 1-5 heading into the weekend’s host duties.  The College of New Jersey (Ewing Township) will be in Newport News for an NJAC clash, with its 2-4 record in tow.  A balmy 70 and overcast for the 3 PM kickoff.

Merchant Marine will be at Worcester Poly (Worcester, MA) on Saturday, pitting the Mariners’ 4-2 against WPI’s intimidating 6-0.  We’ve got all kinds of respect for WPI, whose alumni roll is embarrassingly stuffed with overachievers, but we do think they could make it easier to browse the Global Projects information at their website to find out what you have to do to join a project in Geneva (Switzerland).  Not that we wouldn’t want to be in Worcester for the 3 PM game time, with the expected upper 50s and partly cloudy skies. 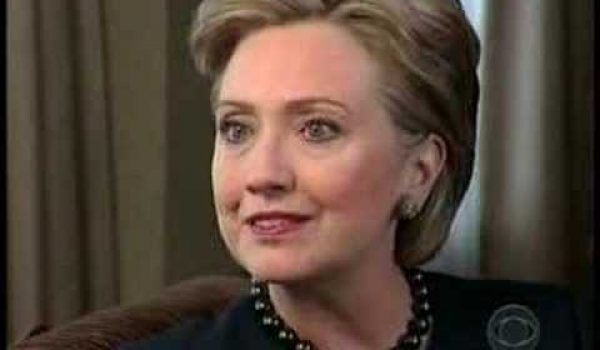