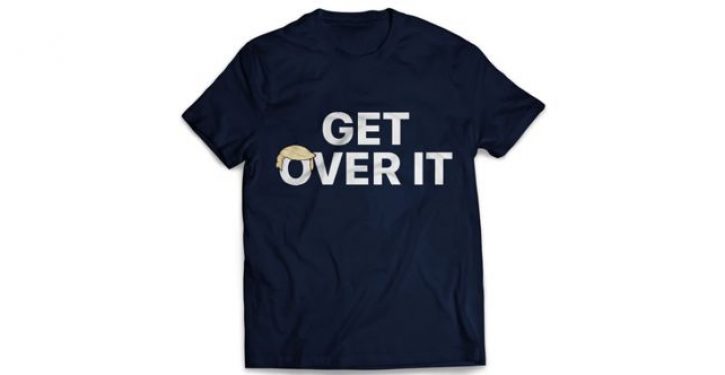 The word slip is in quotes in the headline as a way of indicating that acting White House Chief of Staff Mick Mulvaney’s “revelation” about the now-infamous Trump phone call with Ukraine President Volodymyr Zelensky is far from a smoking gun that will cinch Democrats’ impeachment wet dreams.

While the Dems have been trying to mount a case on the argument that Trump is guilty of a quid pro quo arrangement, cooler heads have pointed out that “what Mulvaney ‘admitted’ is that the administration was doing what it should — pushing a foreign government to cooperate in getting to the bottom of foreign interference in the 2016 campaign.”

An editorial at the New York Post further submits:

In fact, all Mulvaney did was repeat yet again that Trump “was worried about corruption with that nation” — and specifically say those worries extended to cooperation in “the look-back to what happened in 2016.”

Now Team Trump is wearing the latest Democratic accusation proudly — and is asking the president’s supporters to do the same  literally. USA Today explains:

President Donald Trump’s reelection campaign started selling T-shirts emblazoned with the slogan “GET OVER IT” on Friday, seeming to embrace comments made by White House Chief of Staff Mick Mulvaney the day before.

The phrase harks back to Mulvaney’s presser, in which he said, “It happens all the time. I have news for everybody: Get over it. There is going to be political influence in foreign policy.”

Time to stop the political theater and false accusations.

Time to get back to work for the people of this country.

Time to Get Over It!https://t.co/MEQNVxZEwU

“The T-shirt,” the article adds, “sports Trump’s signature hairdo sitting upon the ‘o’ in ‘over.’ It sells for $30 on the website.“

ICE identifies hundreds of migrants obviously lying about their family status, age
Next Post
Virginia may repeal law protecting workers against having to join union