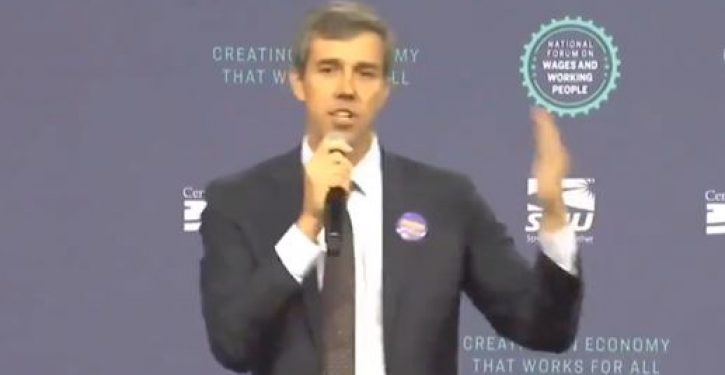 Former Rep. Beto O’Rourke expressed the deep, heartfelt desire of many progressives: to punish conservative religious people for their beliefs. At a CNN Town Hall on Thursday, he was asked if he believed that “religious institutions like colleges, churches, charities” should “lose their tax-exempt status if they oppose same-sex marriage.”

“Yes,” said O’Rourke, an answer met with raucous applause and loud cheers from the Democratic crowd. “There can be no reward, no benefit, no tax break for anyone or any institution, any organization in America that denies the full human rights and the full civil rights of every single one of us.”

Although the progressive audience enthusiastically and overwhelmingly supported O’Rourke’s proposal, it was later criticized by legal experts and religious people. Progressive commentators responded by going into damage-control mode. Recognizing that O’Rourke’s proposal might be unpopular with the broader public, commentators aligned with the Democratic Party sought to downplay its significance. They pointed out that O’Rourke is a second-tier presidential candidate with little hope of becoming president.

But O’Rourke’s proposal plainly is popular with the progressive base of the Democratic Party, and other candidates at the CNN Town Hall made no effort to distance themselves from O’Rourke’s position. In response to the same question, Sen. Cory Booker said that religious institutions would face “consequences,” and that he would “press this issue.” Booker avoided “saying” whether he would take away their tax-exemptions, “because … this is a long legal battle.”

Most legal commentators said that O’Rourke’s proposal is unconstitutional under Supreme Court rulings like Speiser v. Randall (1958). Those rulings forbid withholding tax exemptions based on the viewpoint advocated by a person or organization. Such viewpoint discrimination is forbidden by the First Amendment.

But O’Rourke’s unconstitutional proposal plainly appeals to many Democratic voters, judging by their defenses of it on Twitter, and enthusiasm for it at the CNN Town Hall. A Twitter user named Travis Bell defended it by saying:

Taking away tax-exempt status is not forcing anyone to believe anything. If people wanted to hold outdated, bronze-age beliefs, then that is their right. But we as a society don’t need to subsidize it. Tax-exempt status is a privilege, not a right.

Bell had plenty of company. An Episcopalian feminist wrote that “churches should lose nonprofit status if they are exclusionary.” “They can continue their backwards beliefs if they want, they just won’t get indirect subsidies anymore,” Miguel Chavez said. “I agree” with Beto, said Sallie Hopper. “Absolutely — religion is not to be used as a crutch to” justify bigotry, said a Louisiana Democratic activist. A self-described member of “The Resistance” praised O’Rourke’s comments, calling him the “one candidate consistently speaking truth to power.” A Democratic dentist in New Jersey praised O’Rourke, for sending the message to churches “that it’s wrong to have prejudicial views and use the Bible & ‘religious beliefs’ as a veneer to justify them.” “Taking away the tax exempt status of ‘politically motivated’ religions is a great start,” raved Peter Swisher. A New York Democrat enthused that opposing same-sex marriage is one of the “excellent reasons for churches to lose tax-exempt status.” “Finally!! The debasement of human beings according to one’s religion is coming to an end,” agreed a liberal psychologist. “I am with Beto on that,” said a progressive YouTuber.

This position by progressives isn’t surprising. Most progressives support forcing churches to marry gay couples, and long have. Even back in 2013, when support for gay marriage was much lower than it is today, Democrats mostly supported coercing churches to perform gay marriages. A poll by the “center-left” think-tank Third Way found that 28% of voters felt that churches should not “be able to refuse to perform” same-sex marriages, while 61% felt that they should have that right. That 28% amounted to most of the Democratic Party, which comprises less than half of America’s population. And that was back in 2013, when public support for same-sex marriage was at least 14% lower than it is today.

The Supreme Court struck down a hate-speech ordinance as a violation of the First Amendment in R.A.V. v. St. Paul (1992). But progressives are much more hostile to free speech today than they were back then. So a future, more progressive Supreme Court might be willing to reconsider that decision, which many progressive legal scholars passionately condemned.

Some progressives define even single-instances of “hate speech” as a civil-rights violation: New York City recently warned residents that it may fine them up to $250,000 if they use the term illegal alien in the workplace or rental housing, even if they do so only once. New York City views illegal alien as a pejorative term that constitutes illegal discriminatory harassment when it is uttered to offend or demean such immigrants — even though the term is found in federal laws.

Even if the courts wouldn’t let churches be stripped of their tax exemptions based on their beliefs or statements about same-sex marriage, they might let churches be targeted for some of their actions in not facilitating same-sex weddings. Legal commentator Walter Olson persuasively argues that current Supreme Court precedent does not allow churches to lose their tax exemptions based on refusal to marry gay couples.

But the Supreme Court did allow Bob Jones University to be denied tax-exempt status by the IRS for discrimination against interracial couples, even though interracial relationships were against its religious beliefs. LGBT rights groups cite this ruling to argue that churches can be punished for not recognizing gay marriage in religious schools they operate,  or for not hosting same-sex marriage ceremonies in public accommodations such as pavilions that they own. CNN quoted “Camilla Taylor, director of constitutional litigation for Lambda Legal, one of the oldest organizations focused on LGBT rights.” She told CNN, “In the past, the Supreme Court upheld the IRS when they issued a revenue ruling that educational institutions that discriminate on race do not qualify as charitable institutions given that they are acting contrary to public policy.”

In the years to come, LGBT groups will argue that religious schools (and perhaps even churches) do not qualify as tax-exempt charitable institutions, if they don’t recognize gay marriages between their students or parishioners (for purposes of decisions like where to house or seat them). They have already sued religious colleges for not allowing gay couples to live in housing specifically reserved for married students. One such lawsuit was successfully brought by an unmarried gay couple in liberal New York City, over a religious college’s refusal to let them stay in housing for married couples. They objected to being in housing for unmarried students.

Similar challenges to churches over their membership practices are likely to fail. That’s because the Supreme Court’s Bob Jones decision suggested in a footnote that churches are different from religious schools in terms of when they can be denied a tax-exemption based on discrimination.

Ocasio-Cortez: My ‘dreams of motherhood’ are ‘bittersweet’ because of climate change
Next Post
Cartoon of the Day: Shep has left the building 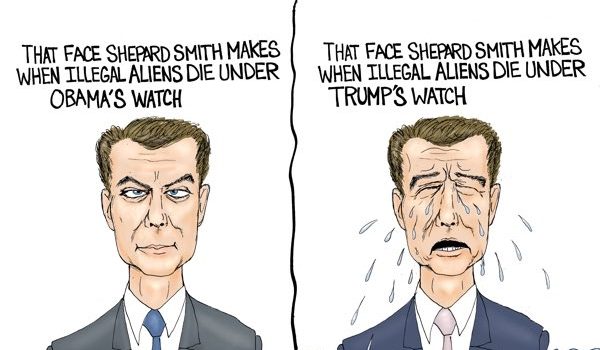