On Tuesday, it was reported that the Intelligence Community Inspector General told Congress the “whistleblower” who filed a complaint about Trump’s 25 July phone call with Ukrainian President Volodymyr Zelensky had had a “professional tie” with one of the Democratic candidates for president in 2020.  That relationship factored in as one of IG Michael Atkinson’s “indicia of arguable political bias” in the “whistleblower’s” motives.

As discussed when this news came out, the statement was not that the “whistleblower” was connected to anyone’s political campaign.  What Atkinson said was that the individual had a previous professional tie to one of the candidates.  Given the other information about the person – that he or she was a career CIA employee who had recently been detailed to the National Security Council for a period of time – this piece of information almost certainly meant that the 2020 presidential candidate was Joe Biden.

On Thursday, the Washington Examiner reported that former officials were confident of that:  “The 2020 Democratic candidate with whom the CIA whistleblower had a “professional” tie is Joe Biden, according to intelligence officers and former White House officials.”

A retired CIA officer told the Washington Examiner, “From everything we know about the whistleblower and his work in the executive branch then, there is absolutely no doubt he would have been working with Biden when he was vice president.”

As an experienced CIA official on the NSC with the deep knowledge of Ukraine that he demonstrated in his complaint, it is probable that the whistleblower briefed Biden and likely that he accompanied him on Air Force Two during at least one of the six visits the 2020 candidate made to the country.

We won’t speculate on the identity of the “whistleblower.”  There are at least two reasonably good candidates.  If we assume the individual did accompany Biden on one or more of his Ukraine visits, which included three in 2014, one in December 2015, and one in January 2017, that narrows the pool down.  (Both potential candidates still fit the profile, based on general dates of service on the NSC.)  Note that there may be other candidates whose profiles have never been high enough to get them featured in news reporting.

The “whistleblower” didn’t claim first-hand knowledge of the information in the complaint.  And the additional clarity about working with Biden – which would mean his or her time on the NSC staff had to begin before 20 January 2017 – highlights the point that the hearsay information about the July 2019 phone call would have come from others with whom the “whistleblower” maintains contact.

That’s assuming the “whistleblower’s” source(s) of information had first-hand information themselves.  They would have had to be people currently working in the White House – or, if we take the darker view, people who have the ability to access information about what’s going on in the White House, even if their jobs don’t entail participating in day-to-day activities there.

We haven’t been invited to speculate about those sources’ motives.  But we should.  And we should ponder the implications of maintaining the contacts and information-gathering necessary to produce a hearsay-based “whistleblower complaint” of the kind forwarded in August: clearly not a “whistleblowing” summary but a brief, incorporating full-blown analysis and numerous references to media reports.

The Washington Examiner quotes one former official on the following point: “This person [the “whistleblower”], after working with Biden, may feel defensive towards him because he feels [Biden] is being falsely attacked. Maybe he is even talking to Biden’s staff … Maybe it is innocent, maybe not.”

If the “whistleblower” is someone who accompanied Biden on one or more trips to Ukraine, one pertinent question would be whether it is only Biden he/she is feeling “defensive” about.

So far, the Democrats have wanted to keep the identity of the “whistleblower” from Republicans in Congress.  Yet they also want to base a quasi-“impeachment” process on this essentially anonymous complaint.  That doesn’t pass the smell test.

It especially doesn’t pass it given that the transcript of the phone call at issue has been released to the public.  The American people are being asked to buy into the following: that there was a phone call, whose contents we can all read ourselves, in which nothing untoward was said, but because of the complaint filed by an anonymous person who didn’t witness the phone call, Congress should proceed to investigate everything it can think of related to that phone call so the duly-elected president can be removed from office.

Oh, and the president of Ukraine mentioned his country’s investigation of a company connected with Hunter Biden during the phone call, and the anonymous complaint-filer worked with Joe Biden on the NSC during the Obama administration, and may have gone on trips to Ukraine with him.

The anonymous complaint-filer, in fact, by filing as a “whistleblower,” is held to have immunized himself against having to reveal his identity, connections, and motives to the political process of impeachment, and to the American people who elected Trump.

Upshot of all this: Congress should investigate Trump with the object of impeachment?

No.  The weakness of this argument has a great deal to do with why the House Democrats have refused to vote formally to inaugurate an impeachment process. 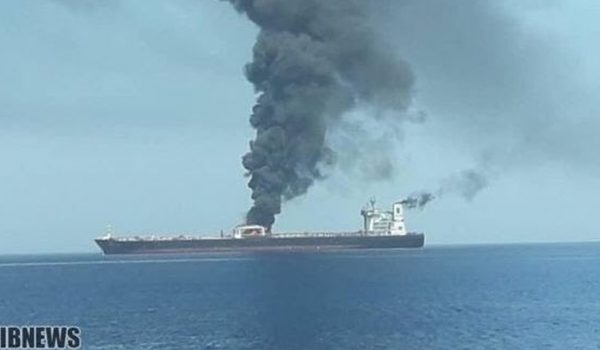