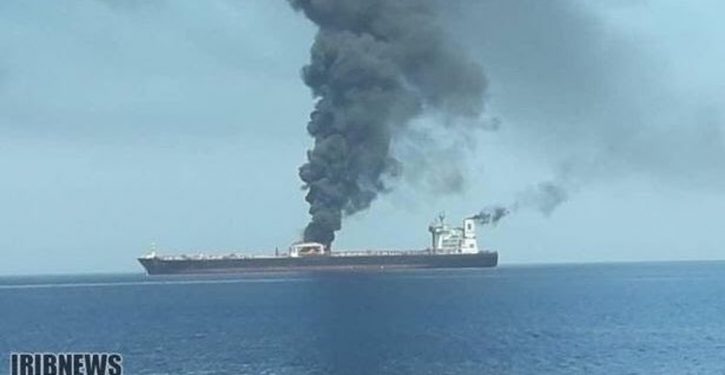 There was another strange report early on 11 October of an Iranian tanker suffering an explosion and damage in the Red Sea.  See maps below for the location, which was southwest of Jeddah, Saudi Arabia in the central Red Sea as of midday (Greenwich Mean Time) on Thursday.  There is a very interesting echo of a previous event in this latest one.

Back in May, the Iranian tanker Happiness I reported coming under attack in the Red Sea, also near Jeddah.  In that incident, neither the Iranian authorities nor the Saudis said the ship had been hit by rockets or missiles.  But according to a social media post on Telegram, someone from the ship did say that.  The damage to the ship was confirmed by the Saudis, who rendered assistance when Happiness I began sinking.

In the most recent incident on 11 October, Iranian news sources say the National Iranian Tanker Company (NITC) and Iranian National Oil Company (INOC) have reported the tanker being attacked by two “rockets” or “missiles” (apparently depending on translation), in the 0500 hour local time.

#update
The INOC says its tanker #Sabity was rocked with two separate explosions at 5:00 and 5:20 am. It says the explosions are apparently result of rocket attacks.#Iran #oil

NITC said the damage to the oil holds had caused an oil leak into the Red Sea, although a later update seemed to indicate the leak was contained.

Part of the interesting aspect of this is that in the Iranian reports, the ship in question has been called “Sabity” (as well as “Sanitized“).  These seemingly garbled name references led to some initial confusion.  A number of Western news sources have pointed out that, besides there being no tanker rejoicing in the name “Sanititzed,” there is no tanker named “Sabity” with that spelling.  However, there is a ship named Sabiti.

Sabiti was traveling near Happiness I back in May, and according to Iranian officials, the crew of Happiness I was safely transferred at sea to Sabiti after an explosion damaged Happiness I.

Fast-forward to 11 October, and the social media team Tanker Trackers believes that the tanker affected by the latest explosion is actually Sinopa.  They report that Sinopa‘s profile and cargo (1 million barrels of oil) fit what has been reported about the tanker that suffered the explosion on 11 October.

That’s curious enough (and it doesn’t mean Tanker Trackers are wrong; the Iranian tankers go to elaborate lengths to disguise their movements.  NITC/INOC could be giving the wrong ship name, especially if they have no expectation of needing assistance from the Saudis in this case).

But here’s the more curious part.  Marine Traffic posted AIS tracking information on Sinopa a short time ago.  Sinopa had turned off her AIS after a last update on 19 August in the Strait of Hormuz.

The #Sinopa, the #Iranian #tanker reportedly hit by explosions this morning, had not reported a position via #AIS from August 19 until yesterday, when it transmitted a signal again just hours before reported explosion. #MarineTraffic pic.twitter.com/uhFpQufmp4

But the ship then turned the AIS on in the Red Sea on 10 October.

The AIS silence is not unusual.  But what is immediately noticeable about the animated track posted by Marine Traffic (below) is the period of lingering on a westerly heading between 101127Z, when the first new AIS update posted, and 101609Z.  That time frame is several hours before the reported explosions, and amounts to a period of about 4 hours and 40 minutes of lingering at low speed, off base course, in the middle of the Red Sea.  After 101600Z, Sinopa makes a turn to the north and cranks up the speed.

Iranian TV is reporting that an #Iranian #oil #tanker has suffered an explosion about 60 miles off Saudi port Jeddah.
The vessels last reported position via #AIS was approx 10 hours ago.
Check out the #MarineTraffic playback feature to see its movements in the hours before that. pic.twitter.com/msQs76c1QY

The 4-plus hours of low-speed maneuvering raises the obvious question why the tanker did that.  The reference in Iranian media to the ship Sabiti, which was involved in the May 2019 incident and received the rescued crewmembers from Happiness I, prompts the additional question whether the low-speed interlude for Sinopa was about performing some kind of at-sea transfer, perhaps to (or from) Sabiti.  (Note: in the May 2019 event, Tanker Trackers demonstrated with the tracks of both Happiness I and Sabiti that they had time at relatively low speed, in proximity to each other, to complete the transfer reported by the Iranian authorities.)

Keep in mind, the low-speed interlude occurred several hours before the reported explosions announced in Iranian media.  Interestingly, another source tweeted that AIS updates from Sinopa actually resumed 7 October, in the Red Sea, and that the tanker lingered there for more than 3 days prior to resuming the northerly heading toward the Suez Canal.  See the complete thread for additional information.

Per these reports of an Iranian #oil #tanker being hit by missiles off #Jeddah, worth noting the vessel's operations prior to the incident indicate there might be more to it: the tanker in question was drifting in the Red Sea for more than three days before it was reportedly hit https://t.co/pxekoZaSp8 pic.twitter.com/yvD1AldaWs

And finally: there was no indication that Sabiti was in the Red Sea prior to the 11 October news reports.  However, just in the last half hour, as this article was being composed, Tanker Trackers/Marine Traffic have posted an update: Sabiti is there, and has just made her first AIS update in 57 days.  Note that Sabiti‘s heading is southerly (175).  Sabiti’s position is close to Sinopa‘s on 11 October (as of 11 October they are both north of the location where Sinopa was lingering earlier.  But we don’t know where Sabiti was during that period of lingering for Sinopa).

Tanker Trackers points out the discrepancies here, if Sabiti is supposedly damaged from an explosion and containing an oil spill.

OK, so the #SABITI is heading south, but she's moving at a very healthy speed of 10.2kn. Meanwhile, Iranian news outlets are saying she's spilling oil after being struck by missiles. #OOTT pic.twitter.com/qxIHGoDhsE

It’s not clear what’s going on here.  There may or may not have been a rocket or missile attack on the Iranian tanker reportedly damaged on 11 October — whichever one it was.  The reference in both incidents (May and October) to Sabiti, and the potential evidence in both of an at-sea transfer (in the 10-11 October case, deductive evidence), suggest we need to get eyes on what’s happening with Iranian tanker shipping in the Red Sea.  There’s an irregular pattern developing, but for now, it does seem to have a common element in Sabiti. 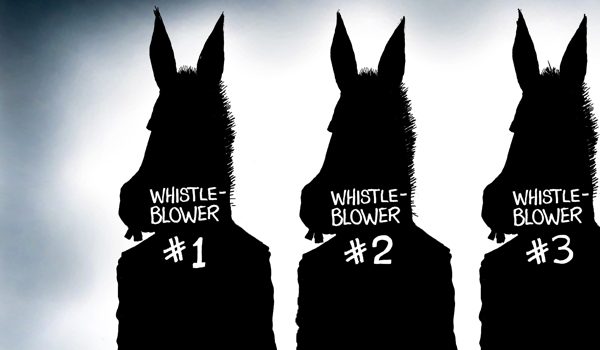