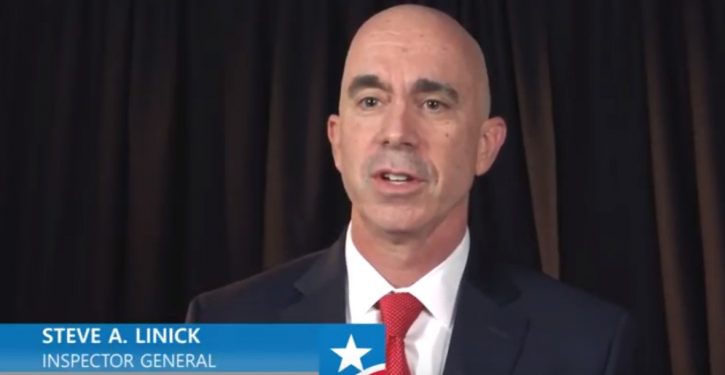 This sounds rather audacious and pointed, actually.  On Tuesday, a somewhat mysterious announcement circulated in Washington that the State Department’s inspector general, Steve Linick, had asked to brief members of Congress on an “urgent” matter, and that he would be doing so in a session on Wednesday, 2 October.

The timing appeared to link IG Linick’s request to House Democrats’ demand for documents from Mike Pompeo, and interviews with State Department officials, on his dealings with Ukraine.  The Democrats are seeking the materials from Pompeo on the theory that the intelligence community “whistleblower” has identified improprieties that justify the impeachment of President Trump.

Steve Linick was appointed by Obama in 2013, and, in fact, took over as IG after a long hiatus in which there was no formally appointed IG for the State Department.  The hiatus covered Hillary Clinton’s entire tenure as secretary of state.  That gaping vacancy had troubled Ted Cruz, who finally got Obama to fill it by holding up Senate confirmations until action was taken, and a State Department IG was installed.

Linick has had a comparatively low-profile presence, registering little impact, for example, on the Benghazi investigations.  At different times in 2018 and 2019, however (most recently in August), he made some waves in Congress by reporting out allegations that Trump appointees in the State Department were marginalizing and even mistreating career foreign service officials whose sympathies lay more with the political bent of the Obama years.

So when Linick requested the urgent briefing on Capitol Hill, Democrats and media outlets were anticipating something similar.  No one actually seemed to know what Linick would be bringing on Wednesday.  But given his most recent history, the Left – as highlighted by Amber Athey for the Daily Caller – expected a replay of the earlier statements about “marginalization” of officials; i.e., something that would showcase Trump, Pompeo, and others in a bad light.

Says Athey, “[S]everal news outlets reported earlier in the day that the briefing would be about State Department leadership retaliating against career employees who wanted to cooperate with the Democrats’ investigation into Trump.”

It seems that’s not what Linick showed up with.  Instead, he came to brief members of Congress on  “a packet containing, among other old materials, news articles written this past spring by The Hill’s John Solomon about Democratic ties to Ukraine.”

Writes Athey: “The packet was allegedly given to Secretary of State Mike Pompeo in May and was intended to smear the former US ambassador to Ukraine. An administration official noted to the Caller that the packet was properly dealt with at the time, and questioned the ‘urgent’ nature of the briefing.”

John Solomon’s reporting has by no means been discredited, however (e.g., here and here).  With extensive documentation from original government sources in Ukraine, it is exactly what Attorney General William Barr and his investigator, John Durham, are looking into.

In any case, the next sentence by Athey seems to be informative: “The IG announced the ‘urgent’ meeting after Secretary of State Mike Pompeo accused House Democrats of trying to ‘bully’ the State Department by requesting impeachment-related interviews with various officials.”

The urgency of the IG’s request for the briefing seemed to mean that material like the 2018-19 allegations of a bad attitude on the part of Pompeo and other Trump appointees would be forthcoming.

Instead, “The briefing was a huge blow to Democrats,” says Athey, “who were expecting bombshell information regarding the Trump administration’s contact with Ukraine and investigations into former Vice President Joe Biden.”  CNN was extremely disappointed.

It was left to Maryland Democrat Jamie Raskin to speak to the media about it afterward.  He had little to say, other than suggesting that Linick’s material “raises more questions than it answers,” and confirming that “it had nothing to do with President Donald Trump.”

“The packet is a big nothing burger,” the aide declared. “Amazing. We’re relieved. Actually thrilled.”

It seems to be left for the public at large to notice the content of what was turned over by Linick: “news articles written this past spring by The Hill’s John Solomon about Democratic ties to Ukraine.”

That would be in the nature of a troll.  At least, that’s one way to read it.

Another way, after the House’s fishing-expedition demand for impeachment fodder, is as counterbattery.  The latter is what I’d be putting my money on – because the Pompeo State Department is not fooling around here.  Whether Linick was something of an unwitting tool, or a shaped charge in on the plan, this appears to be something Pompeo was happy to allow at a timely moment.  And it’s not a shot Pompeo would fire – “I know what you did last summer” – if it didn’t have another line of primed cannon behind it. 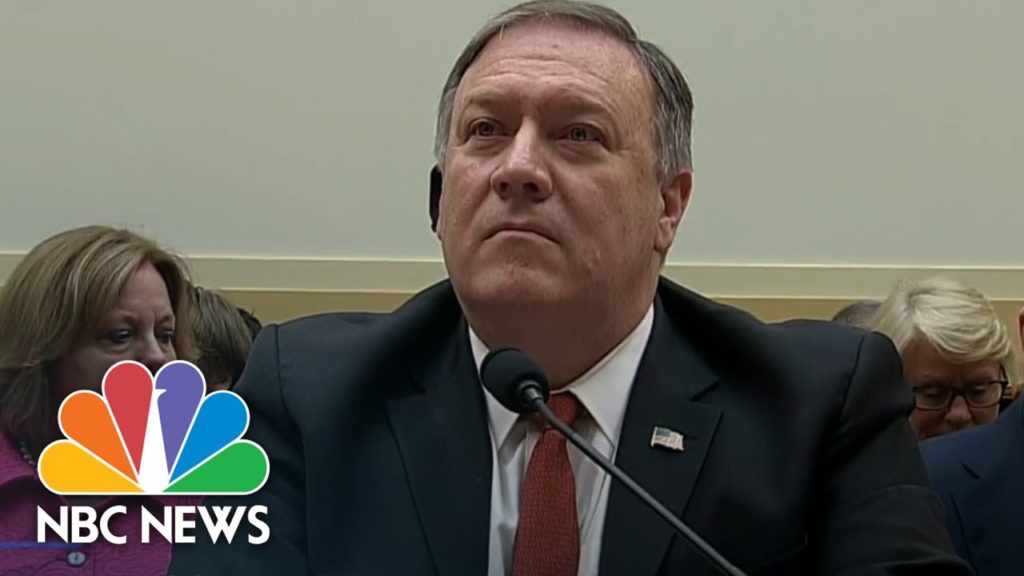 It’s typical of Hill Republicans to merely be relieved that it wasn’t worse.  Everyone, it seems, is inside their OODA loop.

But I read this as the big guns being loaded, and the battlefield deployment being prepped.  The Democrats sent Pompeo a peremptory demand for executive-privileged material, without bothering to launch a formal impeachment proceeding; i.e., one that would be subject to rules of evidence and rights for the minority party in the House.  Pompeo sent them pictures of themselves with their pants down.

Even if there were no there there in Hunter Biden’s Ukraine involvement, what about China?
Next Post
A deeper dive into one poll shows what Americans really think about impeachment