A key allegation spun from the “whistleblower” complaint about the Trump-Zelensky phone call was that the Trump White House had a nefarious reason for storing the transcript of the call on a special, compartmented computer system, instead of making it more generally available to national security staffers.

Although we’ve been over this ground several times now, it’s worth pointing out once again that the Trump administration is storing such files this way because limiting access to them helps to deter leaks.  Politico offers a pretext for emphasizing this point anew, with an article published on Tuesday 1 October entitled “White House ordered ultrasecret system upgraded to prevent leaks.”

Politico explains that the system was upgraded in 2018 to enable the tracking of which users were accessing files.  The purpose was to discourage administration insiders from going through such material and then leaking information from it.  The use of the compartmented system, meanwhile, helped minimize the pool of individuals who could access the files at all.

If it hasn’t been made sufficiently clear, let us reiterate and stipulate one more time that the reason this was done was to prevent leaks.

So it seems that there is a readily available explanation for why the transcript of a presidential-level phone call was stored on this system.  The White House didn’t want it leaked.

For some reason, Politico seems to have been unable to make that connection from its own reporting.  In the same article, it repeats the talking point that the “whistleblower” allegation implies there was a reprehensible reason for wanting to limit access to the transcript:

That highly classified system is being newly scrutinized in light of a whistleblower complaint alleging that national security officials used the system—meant for storing information classified at the highest level — to conceal politically embarrassing conversations, including a phone call with Ukrainian President Volodymyr Zelensky on July 25 in which President Donald Trump urged Zelensky to investigate his political rival, former Vice President Joe Biden and his son.

If hiding politically embarrassing material, rather than protecting national security secrets, was the motive, experts and former officials said, it would be an abuse of the codeword system.

The Politico article goes on at some length to develop this theme.

I don’t know about you, but my first assumption, based on the White House’s reason for upgrading the system and using it to store information it doesn’t want leaked, is that the White House didn’t want this transcript leaked.  That this would be a default position for anyone’s White House doesn’t even require explanation.

But in any case, the White House has every right to want to prevent leaks.  When the information in question is the contents of a presidential phone call, it has the a priori right to prevent leaks, and to have its motive for preventing leaks, when the president speaks to a foreign head of state, assumed to be about the management of national security.

That said, we don’t have to rely on assumptions at this point.  We have the full transcript of the phone call, which was released last week.  That seems to be another connection Politico was unable to make.  We already know the contents of the phone call.  Readers are perfectly competent to decide for themselves if there was anything embarrassing in them.  I don’t see anything myself.  The president had no reluctance to release the transcript; apparently he didn’t see anything embarrassing either.  That doesn’t mean he should have posted the audio on the Web as soon as it was recorded, any more than it means Obama or any other president should do that.  Presidents don’t keep their phone calls confidential because they’re embarrassing; they keep them confidential because that’s how trust is maintained with foreign counterparts, and the others presidents talk to.

What the “whistleblower” alleged is moot at this point.  It’s a dead letter, as regards why the transcript was stored on the compartmented system.  Indeed, it appears the main thing we’ve learned from this episode is the unwisdom of spinning up over “whistleblower” complaints lodged by people without firsthand knowledge of what they’re complaining about.

It has become freakish, watching the media try to keep alive a narrative about wrongdoing in this case, when their own reporting – and the prompt release of the transcript – have laid that bogey to rest. 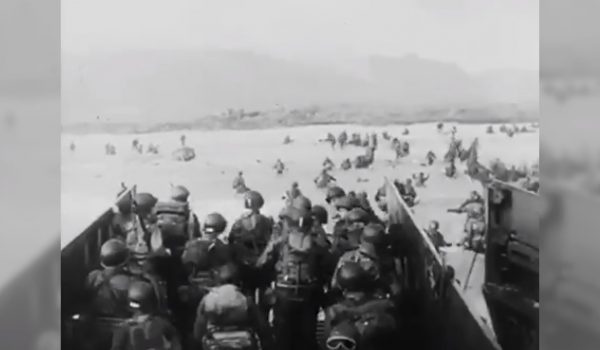 Sound of D-Day in old audio recording found in N.Y. cabin
Next Post
The Church of Sweden anointed Greta Thunberg as a ‘successor’ of Jesus