Democrats on the Senate Judiciary Committee are pressing a judicial nominee about his possible connection to President Donald Trump’s July phone call with Ukrainian President Volodymyr Zelenskiy, which is now at the center of an impeachment inquiry.

The nominee, Steven Menashi, is a White House lawyer and nominee for the 2nd U.S. Circuit Court of Appeals. Democrats asked Menashi a battery of questions in a Friday letter about the call and a subsequent whistleblower complaint, which claims the president pressured a foreign entity to investigate former Vice President Joe Biden and his son, Hunter.

“As the Senate Judiciary Committee considers your nomination to the Second Circuit Court of Appeals, it is vital to understand the work that you have done in the White House Counsel’s Office,” the letter reads.

Acting Director of National Intelligence Joseph Maguire told the House Intelligence Committee Wednesday that he consulted with the White House counsel on executive privilege issues after receiving a complaint from an unnamed officer in the intelligence community. Democrats asked Menashi whether he advised on any matter relating to the complaint and when he first became aware of it.

The whistleblower further alleges that other transcripts of Trump’s interactions with foreign leaders were placed in a “standalone computer system reserved for codeword-level intelligence information.” Democrats asked Menashi whether he has advised on the use of classification to shield wrongdoing or politically damaging information during his tenure in the White House.

Press accounts relate that White House counsel Pat Cipollone helped craft a communications strategy for the release of a memorandum describing the call with Zelenskiy. As such, Democrats asked Menashi if he helped prepare “talking points or messaging guidance” relating to the complaint or the Zelenskiy memo.

House Intelligence Committee Chairman Adam Schiff said at Wednesday’s hearing that the publicly available evidence raises the prospect of misconduct on the part of White House lawyers. He suggested that his panel would investigate that possibility further.

“I do not know whether similar measures were taken to restrict access to other records of the call, such as contemporaneous handwritten notes taken by those who listened in,” Schiff said. “We should find out, shouldn’t we?”

Senate Democrats asked for responses to their questions by Monday, Oct. 7. Menashi’s conservative allies criticized committee Democrats for connecting Menashi’s nomination with a quixotic bid to impeach the president.

That didn’t take long. The Democrats have already lost control of their impeachment witch-hunt against President @realDonaldTrump. https://t.co/EvXoLwNj3F

Menashi has navigated fierce opposition to his nomination in recent weeks. During his Sept. 11 confirmation hearing, lawmakers in both parties criticized his guarded answers to questions about his work for the Trump administration. Citing confidentiality rules, he declined to identify specific projects or policies on which he gave legal advice, drawing impatient responses from Democrats and Republicans alike.

Judicial nominees often answer a roster of written questions after their confirmation hearings. In his supplemental questionnaire, Menashi said White House officials authorized him to identify specific legal matters with which he has been involved as an accommodation to the committee. High profile items Menashi listed included asylum eligibility, judicial nominations, and construction of a border wall.

Giuliani proves Ukrainian prosecutor was investigating Burisma, pushed out by Biden
Next Post
Should hate crime hoaxes themselves be ruled hate crimes? 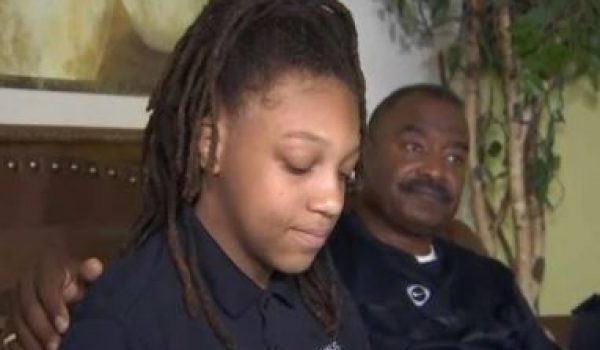