The socialist economics professor Assar Lindbeck cautioned in 1972, “In many cases rent control appears to be the most efficient technique presently known to destroy a city—except for bombing.” In 1989, Vietnam’s socialist leaders reluctantly admitted that their policy of rent control had destroyed the housing stock of Vietnam’s capital city, which had been sturdy enough to survive years of American bombing in the Vietnam War. Vietnam’s foreign minister said, “The Americans couldn’t destroy Hanoi, but we have destroyed our city by very low rents. We realized it was stupid and that we must change policy.”

But last week, Bernie said, “We need national rent control,” and proposed limiting rent increases to 3% or 1.5 times the general inflation rate. As Matthew Yglesias notes at the progressive web site Vox, Bernie’s “rent-control proposal is much more sweeping and stringent than anything that’s been implemented anywhere” because it contains “none of the exceptions for vacant units, small-time landlords, [or] new construction” found in existing rent-control laws at the local level.

Under Bernie’s rigid rent cap, a small landlord could face severe hardship. For example, a particular landlord’s costs can rise much faster than inflation for reasons totally beyond the landlord’s control — because local property taxes often rise faster than inflation due to rapidly rising pension and healthcare costs for their employees and retirees. But rent increases under Bernie’s plan are limited to 3% (or a little above the general inflation rate), not landlords’ actual cost increases.

There is a chance that rent control will be imposed nationwide, if Democrats take control of Congress and the Presidency. Rent control laws were enacted this year by the Democratic legislatures of Oregon and California, with the approval of senators like Kamala Harris. These rent-control laws were milder than Senator Sanders’ proposal, excluding newly-constructed housing units. Senator Elizabeth Warren has gone further. She “included incentives for localities to pass rent control in her new housing bill.” She has also called for banning states from repealing harsh rent-control ordinances passed by city governments.

In backing rent control, Democratic senators and legislators have disregarded the advice of newspaper editorial boards, conservative and liberal alike. Even Democratic-leaning newspapers like the Washington Post generally view rent control as a counterproductive, politically extreme policy. The Washington Post, which has not endorsed a Republican for president since 1952, writes that “rent control is back — and that’s bad.”

As The Post explains, “Rent-control laws can be good for some privileged beneficiaries, who are often not the people who really need help. But they are bad for many others.” For example, after San Francisco imposed rent control, “landlords responded by converting their buildings into condos they could sell or business properties they could lease without rent-control restrictions — or by demolishing their old buildings and replacing them with new ones” not subject to rent control. This “drove down the supply of rental housing and, therefore, drove up rents” in new units not covered by rent control. “These costs fell on those seeking to move into San Francisco or between apartments within the city.” After rent control, the “city’s housing tended to cater more to high-income condo-buyers or renters willing to pay top dollar for apartments in brand-new buildings.”

These are not the only bad effects of rent control. As The Post notes, “landlords have less incentive to maintain their properties in a rent-controlled environment,” reducing housing quality. “And since rent-stabilization policies often tend to discourage people from moving, they harm worker mobility and the economic dynamism associated with it.”

If you think James Comey is going to be indicted, Trey Gowdy has bad news for you
Next Post
To solve Israel’s election problem: Keep Netanyahu, make Liberman deputy prime minister, call it a day 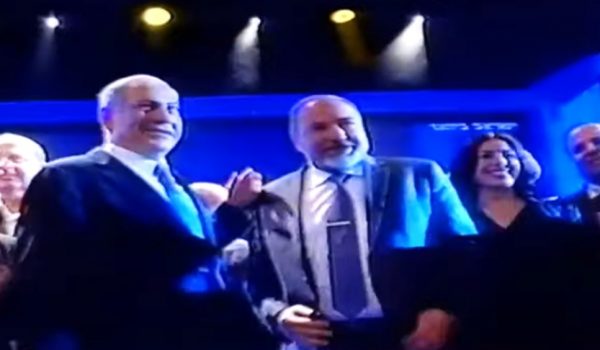