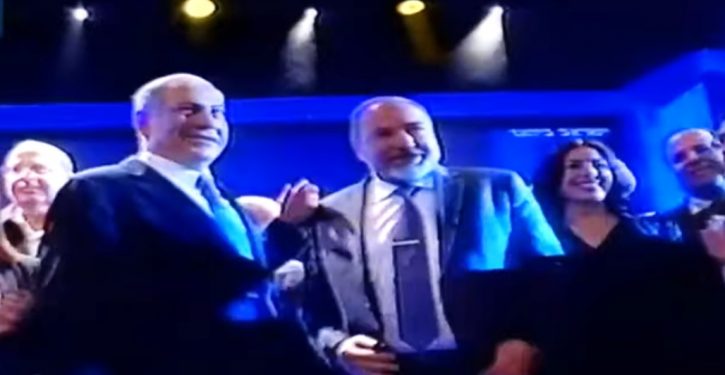 This guest editorial is by Gerald McGlothlin

The September elections in Israel were not much different than the April elections. Each a statistical tie with neither Benny nor Benjamin willing to join forces (and the April elections thus leading to this last week’s, and yielding essentially the same result).  Clearly, neither Ben has a sole mandate, although the Right (without Liberman) has 12 more Jewish party seats than the Left (without Liberman), which needs the Arab parties to reach that number, proving that a clear majority of Israeli Jewish voters are Right-wing. So, what’s a politician to do?

Easy.  Stop being a politician and be a statesman.

Huh, did I hear that right?  Certainly, you meant to say to offer Benny Gantz this co-governing position.  No! You heard right.  Far-Right!  No need to offer Leftist Benny Gantz anything – even though he squeaked by a fraction of a percent ahead of Netanyahu, he still is entitled to nothing, because Israel has a parliamentary system and no candidate in history has ever won a majority.

Netanyahu’s coalition still won the largest block of votes.  In the United States, a similar thing happened.  One candidate had more of the popular vote.  The other had the electoral vote that counts.  Today we don’t see that candidate in the 2020 lineup, and soon people might be saying, “Hillary who?”

Following a logical process of elimination, Netanyahu can’t offer the job to anyone on the Arab list since their sole mission in life is not necessarily to see Israel shine and thrive.  They were never part of a coalition in the history of the Jewish State; at most they vowed to support a reigning coalition in opposition, voting to dismantle it.

Ok, I know jaws might drop over this suggestion, and Trump haters might even go so far as to suggest an investigation as to Russia’s possible ties to the “mad” Russian Avigdor. It’s true he is from Russia. But it’s also true that there is nothing wrong with being mad like a fox.

In fact, try to name one thing significantly wrong with this pairing? King Solomon was able to come up with solutions without having to cut any babies in half. Perhaps this is the best bloodless solution. To be blunt, Liberman would have to give up some of his anti-religious rhetoric, but that is easy enough because he adopted it for this election in part because the pervading atmosphere caused it to bring him more votes.

And he would likely govern to the Right of Netanyahu – unlike Gantz, who is a Leftist and not remotely close to a “Make Israel Great Again” candidate.  Perhaps the best way to picture the dual Bibi-Avi governance would be to envision the primary function of Deputy Prime Minister Liberman as simply to be a thorn in Netanyahu’s Right side!

Yes, personality-wise, Avigdor might be a loose cannon, as is President Trump, but at least loose cannons shoot.  And is being a straight shooter for the welfare of Israel a bad thing?  Methinks not.  What thinkest thou?

Or would you prefer to see another snap election in February in the middle of a cold snap (when Israelis can’t even enjoy their day off at the beaches)?

Clearly election fatigue would be painful for either side to overcome. I for one am numb. And at least having Avigdor in that role would keep things interesting.

So, let’s not let Avigdor Liberman waste any of his time being a king-maker. Let’s let him be the “co-king.”

And we’ll have Peace at Last in Israel! Well, a form of political peace.

Meanwhile, what about candidate Liberman’s demand that all Israelis must serve in the military – including Haredi (Ultra-Orthodox) Jews?  Well, that was candidate Liberman.  Deputy Prime Minister Liberman might think differently.  After all, there will be far bigger fish to fry than forcing conscientious objectors studying the ancient Jewish texts to fight on the front lines to protect Israel, when they probably can’t even shoot straight.  Give them a military desk job.  There’s lots of paperwork to be done in government work.

As for Netanyahu’s myriad 11th-hour political promises of what he would do if he were to win? Let him.  Let them.  With Deputy Prime Minister Liberman as the thorn in Prime Minister Netanyahu’s side, you can bank on those promises being kept – starting with the immediate annexation of much of the “West Bank!”

Gerald McGlothlin is an American author and publicist promoting pro-Israel speakers worldwide. Contact him at jerry@specialguests.com.

Portions of this op-ed by Mr. McGlothlin appeared on a non-exclusive basis in Arutz Sheva/Israel National News

Bernie’s rent-control proposal is extreme even for a socialist
Next Post
Sheila Jackson Lee and the .50-cal AR-15, ‘as heavy as 10 boxes’