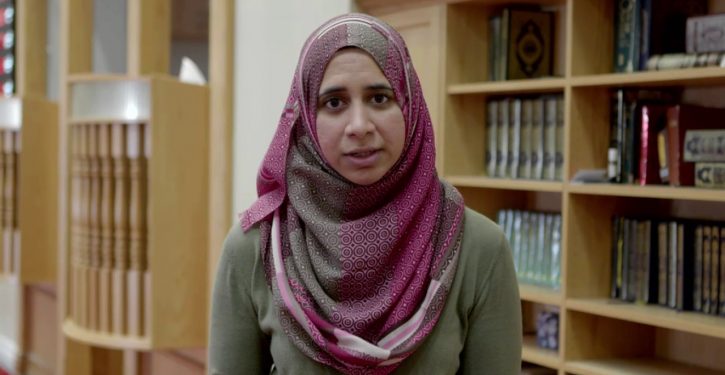 A new board member for the left-wing activist group Women’s March has repeatedly compared the U.S. and Israeli militaries to the terrorist groups ISIS and al Qaeda.

The executive director of the Council on American-Islamic Relations (CAIR), Zahra Billoo, is one of 16 new additions to the Women’s March board. The embattled activist group simultaneously cut ties with three board members who have been accused of anti-Semitism.

She justified boycotting “Wonder Woman” in 2017 because lead actress Gail Gadot served in the Israeli Defense Forces (IDF), writing on Facebook and Twitter: “I similarly would not watch a movie where the lead actor or actress were proud of their participation in the US military, ISIS, or Al Qaeda.”

“Don’t guess, I’ll just tell you, I believe all of them are comparably evil,” she added. 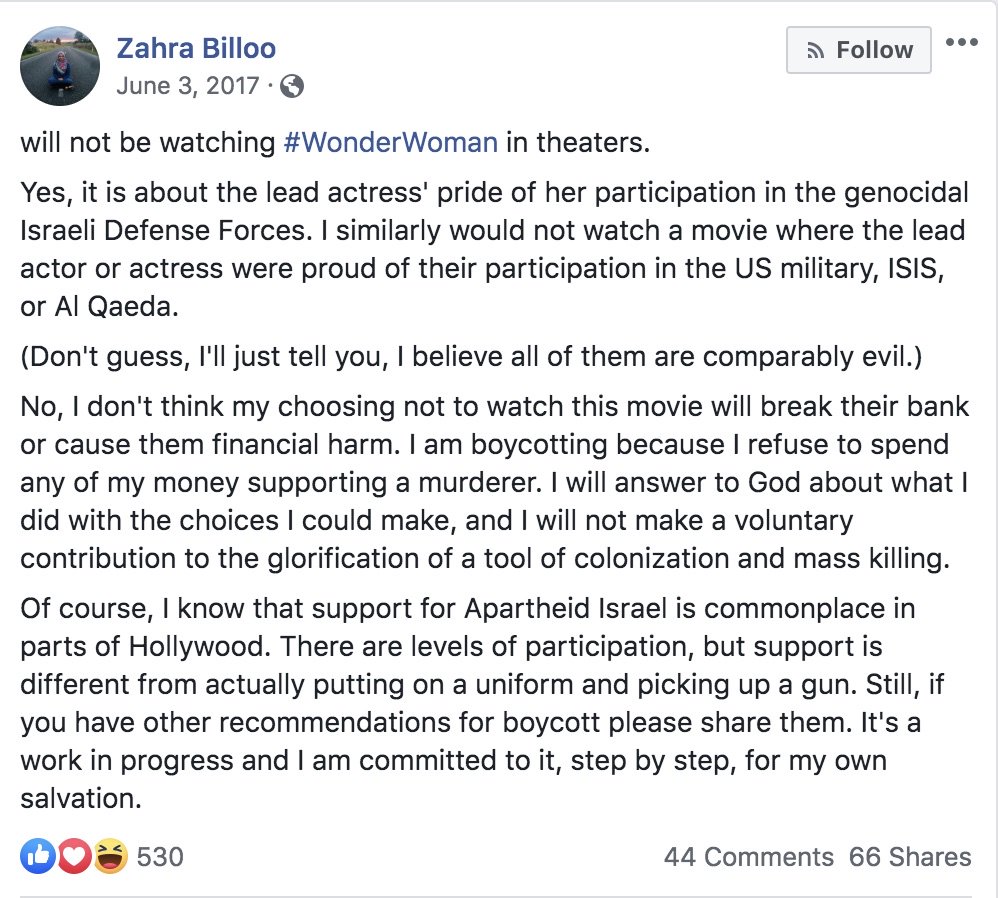 “He explained the promise of the educational benefits lured him in. He was otherwise not going to be able to go to school. I shared that financial benefits are often a recruiting tactic for groups like ISIS also. That was tricky for me. Gently comparing his experience to that of ISIS fighters,” she wrote on her public Facebook page.

“I refrained from comparing him to a Nazi cook, who though a cook, was still part of the Nazi operation. It took a lot to not say it,” she added.

In a May 2018 post Billoo wrote that she “doesn’t see any difference between American youth leaving the country to join ISIS or the IDF. Both are murderous, war crime committing, terrorist entities.” (RELATED: Ilhan Omar Gave Interviews To Host Who Called Israel ‘Jewish ISIS’ And Compared Hamas To Holocaust Victims)

“This American Muslim works to be on the front lines of redefining terrorism,” she wrote in a 2016 tweet. “It’s ISIS but it’s also the US military.”

She similarly wrote in a 2014 tweet that she “opposed all terrorism, including all that regularly committed by the US military and Al Qaeda, the Israeli Defense Forces and ISIS.”

Women’s March didn’t return an email seeking comment on Billoo’s comparisons of the U.S. and Israeli militaries to terrorist groups.