One America News Network (OAN) has filed a lawsuit claiming that MSNBC host Rachel Maddow defamed the company by stating on air that it “really literally is paid Russian propaganda.”

The lawsuit filed Monday in the U.S. District Court for the Southern District of California seeks $10 million from Maddow, MSNBC, and parent companies NBC Universal and Comcast. The suit also accuses Comcast, which also owns NBC Universal, of refusing to carry OAN because it “counters the liberal politics of its own channel, MSNBC.”

Maddow and the network ignored an earlier warning they were given. “On July 25, 2019, Miller Barondess, OAN’s legal counsel,  sent legal notices to Rachel Maddow, MSNBC, The Daily Beast and its reporter Kevin Poulson demanding retraction of defamatory statements. OAN is an independent, family-owned television channel focused on providing national and international news coverage.

The timing of Maddow’s comments were a bit strange. She said her report was based on a story in the Daily Beast, which did run an article the same day as her on-air claim. But significantly her report came a week after OAN’s President, Charles Herring, called out and objected to Comcast’s anti-competitive censorship in an email to Comcast’s president of content acquisition.

Here is a video of Maddow’s report, delivered with her signature smugness:

In the report, she claims “most obsequiously pro-Trump right-wing news outlet in America really literally is paid Russian propaganda. Their on-air U.S. politics reporter is paid by the Russian government to produce propaganda for that government.” (Interesting she and MSNBC don’t give their own network equal time, referring to it as the “most obsequiously anti-Trump left-wing news outlet in America.”)

The reporter in question, Kristian Rouz, is a freelancer for OAN who also happens to write for Sputnik News. He is not an OAN staff employee.

The lawsuit includes a statement from Rouz noting that he wrote some 1,300 articles over the past four and a half years for Sputnik but specifying, “I have never written propaganda, disinformation, or unverified information.”

“One America is wholly owned, operated and financed by the Herring family in San Diego. They are as American as apple pie. They are not paid by Russia and have nothing to do with the Russian government,” Skip Miller, an attorney representing OAN, said in a statement. “This is a false and malicious libel, and they’re going to answer for it in a court of law.”

Also included in the lawsuit was an Aug. 6 letter from Amy Wolf, an attorney for NBC Universal News Group, to OAN’s attorney reading in part:

[OAN] publishes content collected or created by a journalist who is also paid by the Russian government for writing over a thousand articles. Ms. Maddow’s recounting of this arrangement is substantially true and therefore, not actionable.

The matter is now in the hands of the courts. 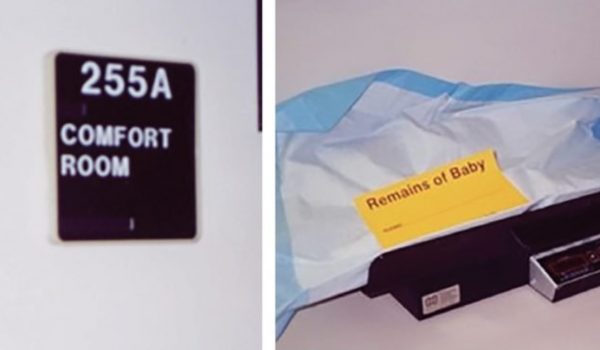 In Born Alive Act testimony, nurse describes ‘Comfort Room’ set up for babies to die in
Next Post
Burger King takes the ‘ham’ out of ‘hamburgers’ so as not to offend Muslims: Just one problem