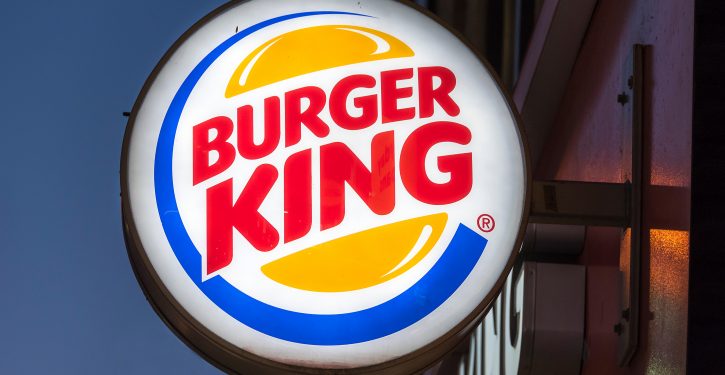 Oh, goody! Another story about a business doing back flips to avoid offending a protected class, in this case Muslims. In 2018 the thing that gave offense was a figure of speech — “bring home the bacon” — and the group that took issue with it was vegans, though I’m sure that Muslims were on board with banishing the expression from the English language.

This time around it’s the much-maligned hamburger, which of late has become public enemy number one among Democratic candidates running for president. (RELATED: Cory Booker assails ‘myth’ that ‘Democrats want to get rid of hamburgers.’ Just one problem) But it’s not the sandwich itself that has hackles raised. It’s the name.

In a gesture of respect toward its Muslim customers in South Africa, Burger King is dropping the word “ham” from the names of hamburgers on its South African menu.

The practice will affect three items offered by the restaurant chain, the company said in a statement to Business Insider.

The article explains that the Quran forbids Muslims from eating pork, hence the proscription on ham.

That’s all well and good except that the word hamburger has nothing to do with ham. The “ham” in the word is part of the name of the German city of Hamburg, where according to most sources the habit of eating chopped beef in a sandwich got its start.

Meantime, who wants to be the one to tell Muslims that their religion’s founder has the word ham in his name?