Bernie Sanders has no shortage of brilliant ideas. On Wednesday, he advocated mass abortions in third world countries as a solution to overpopulation.

Earlier this week, his press secretary announced that the campaign will soon release an immigration plan shaped by three staffers who are illegal aliens.

“We know that we can do better and I think that’s the greatest part of all is that we have people who are experiencing these struggles that are taking part in that plan,” Belén Sisa boasted regarding the forthcoming plan.

Sisa would know – she has claimed that her residence in the United States is protected under the Deferred Action for Childhood Arrivals (DACA) program. In short, she’s one of the so-called “Dreamers.”

The Hill reports that Sanders’s campaign is reaching out to the Latino community for aid in crafting their immigration plan through “webinars in Spanish for people who want to get involved but can’t speak English.”

“It’s about putting people who look like them on the campaign, it’s about making them feel like they’re capable,” Sisa condescendingly added. (RELATED: Bernie’s New Press Secretary Can’t Vote For Him Because She’s An Illegal Immigrant)

Bernie's immigration plan shaped with the help of DACA recipientshttps://t.co/egkjsoE0dH

Bernie’s campaign page has vowed not only to grant amnesty to “Dreamers” but wants to expand who qualifies for said amnesty, unleashing millions of illegals who would vote for Democrats.

“We need to … Expand DACA and DAPA, including providing immediate legal status for young people eligible for the DACA program,” the page reads.

Sanders also seeks to close down all migrant holding centers because of the “barbaric practice of family separation and detention of children in cages.” You know, the practice that started well before Trump ever ran for president.

Sanders’s recommendation meantime is an idea akin to shutting down all jails because the children of bank robbers and murderers might suffer.

“Bernie will order an immediate moratorium on private immigration detention centers and immediately begin the process of closing them,” a spokeswoman told Fox News.

Sanders has repeatedly railed against the president for supposed lies about the border wall – including those claims that have been proven true, including the terror threat and the opioid threat. (RELATED: Bill Allowing Illegals to Work in Congress Moves Forward)

Sisa, meanwhile, also takes offense at family separations at the border. Here she is protesting against the practice her boss claims is a product of Trump’s racism. Never mind that the protest took place in 2015, when Obama was in office.

This is Sen. Bernie Sanders illegal immigrant Press Secretary Belen Sisa fighting against family separation in 2015. Wait who was president in 2015? You mean that policy did not start with President Donald Trump? pic.twitter.com/w0BrrS4xAw

While Sisa and the other “Dreamers” may help craft Bernie’s plan, they won’t be able to cast a vote for the candidate they work for.

“Even though I can’t vote, I can get 200 people to vote, and that matters,” Sisa said during the previous presidential election. “Everything can change depending on who becomes the next president.”

Indeed. If Bernie wins you’ll have open borders policies crafted by illegals. If Trump wins, you’ll continue to see law and order enforced. Which would you prefer? 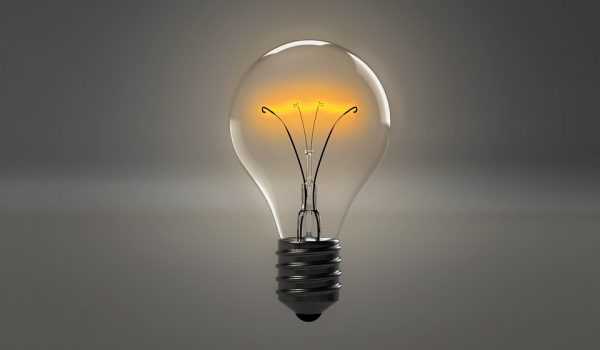 Trump takes on another reg, this time rolling back rules on light bulbs
Next Post
Cartoon bonus: Hard to Swallow 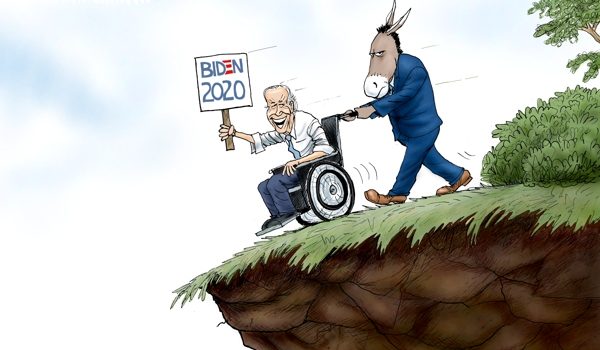