Chicago has long enjoyed the dubious distinction of being one of America’s most dangerous cities in terms of gun violence. The problem is so severe that in 2015, Yale University researchers did a study on the likelihood of being shot in Chicago. This past Labor Day was no exception to the rule, with 7 of 41 shooting victims dying of their injuries.

So who does the Windy City’s mayor blame for its epic gun violence? If you said “Republicans,” give yourself a cigar. Responding to a tweet by Ted Cruz in which the senator claimed that “gun control doesn’t work,” adding, “Look at Chicago,” Mayor Lori Lightfoot contended that the record gun violence in her city was the fault of Republicans who never pass “common sense” gun laws. She then tweeted a graphic to prove her point.

60% of illegal firearms recovered in Chicago come from outside IL—mostly from states dominated by coward Republicans like you who refuse to enact commonsense gun legislation. Keep our name out of your mouth. https://t.co/yVM4JHL3xy pic.twitter.com/pr613A3dpf

Wait. Republicans in Indiana and other predominantly red states are responsible for the violence in Chicago? This coming from a woman who doesn’t trust her own police department to protect her and so uses an outside group as her bodyguards?

But Chicago already has some of the nation’s most draconian gun control laws on its books and still can’t get a handle on the violence. How is its gun violence the fault of surrounding states?

A couple of Twitter users had pithy comebacks. Here’s an example:

Biden on his gaffes: ‘Details are irrelevant in terms of decision making’
Next Post
Now Ocasio-Cortez is fundraising for Antifa 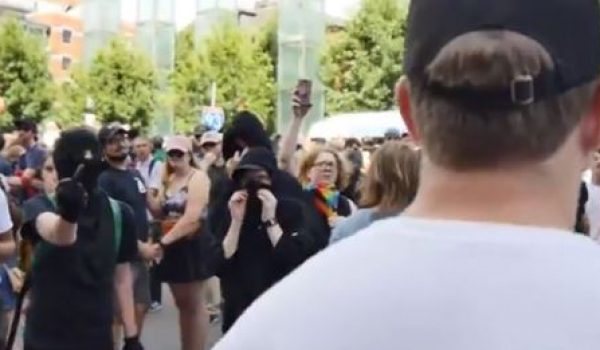