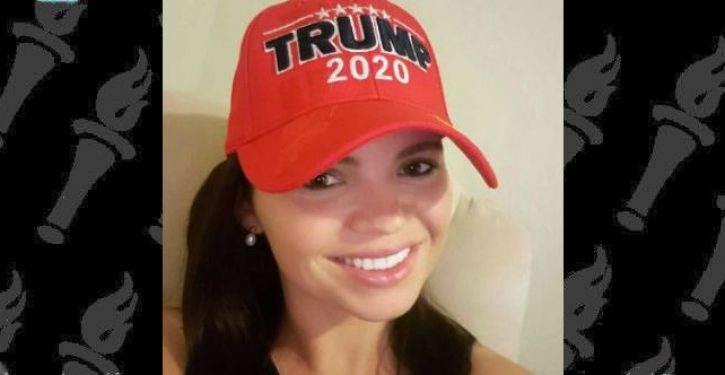 On Sunday, Katie Williams, a combat veteran and member of the Army National Guard, said she was stripped of her title of Miss Nevada 2019 and disqualified from competing in the Miss America pageant because of her conservative, pro-Trump political views.

This reportedly happened after Williams was encouraged to get a photo of herself in her sash with President Trump and Donald Trump, Jr.

“I feel like if I have more liberal views and less conservative views then this wouldn’t even be an issue. She assured me that that was not the case. And yet as soon as I turn around there are posts about Human Rights Campaign, which are great. I’m all for the Human Rights Campaign. But for them to not say anything about that and then for them to criticize me for supporting my sitting president? I couldn’t even believe it,” she said, according to a post at the Gateway Pundit.

Screenshots of what was described as her online conversation with Susan Jeske, CEO of the Miss America Pageant, were posted to Twitter.

This is one of the pictures that the Pageant Director got upset about that Katie had posted on her own personal Facebook page. pic.twitter.com/EyYDURQvKM

From this, it appears that Williams may have been the victim of a set-up. She notes on Twitter: 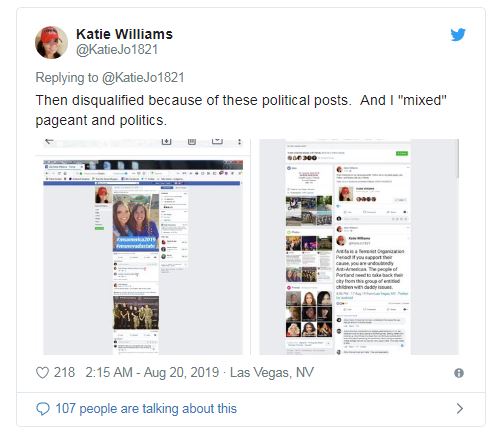 She also posted her email to Jeske in which she emphasized what seems to be a distinct double standard: 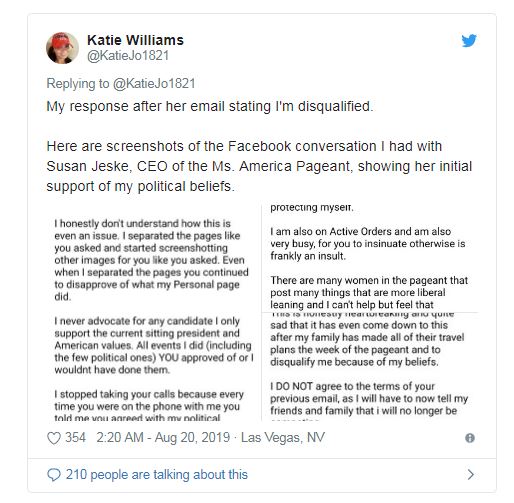 She addressed the issue in a video posted online:

Thank you to everyone who supported me, but I have to get this off my chest!

This isn’t the first time something like this has happened, and something tells us it won’t be the last. It now seems that discrimination against conservatives and those who support the president is now considered acceptable by the very people who claim to decry bigotry and discrimination. 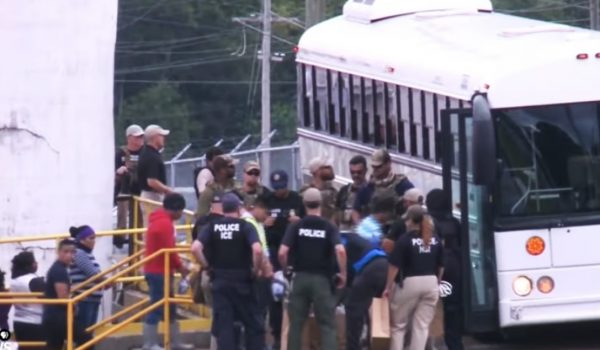