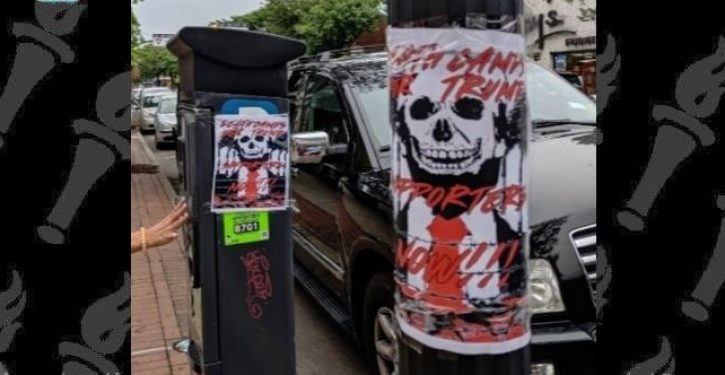 Apparently, incendiary rhetoric can fire up the party base, leading to death threats. At least that’s the case when the source of the emotionally charged language is Democratic lawmakers and the legacy media, which for months now have been accusing Donald Trump of racism, xenophobia, and other forms of bigotry.

Like the claim made on air yesterday by MSNBC host Nicolle Wallace that Donald Trump is “talking about exterminating Latinos,” there is no basis in fact for any of these allegations. But that hasn’t stirred the liberal base from becoming fired up over them.

Some in the village of Patchogue, an hour and a half outside New York City, have even taken to posting fliers on telephone polls and parking meters reading “Death Camps For Trump Supporters Now!”

The signs include a skeletal figure wearing a black jacket, white collared shirt and red tie. The words appear in red overlaying the photo.

The photos were taken by a member of the Shock Theater collective, a group that creates haunted houses and horror scenarios that people can participate in.

I am old enough to remember when using innocuous printer’s registration marks to designate targeted electoral districts on a political map was enough to persuade the Left of former Gov. Sarah Palin’s violent intent, but that was several hundred civility-years ago. 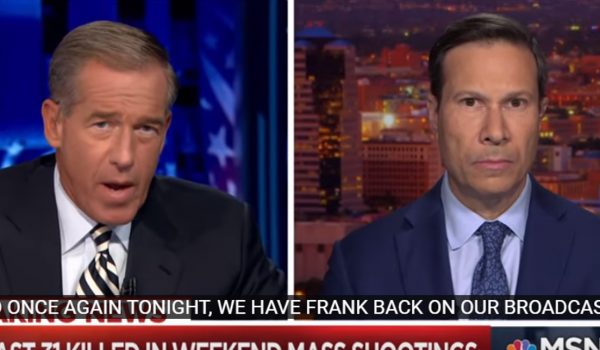