The Republican National Committee also sued, calling the law a “naked political attack against the sitting president of the United States.” Trump and his campaign filed a second suit challenging the constitutionality of the new law, known as the “California Presidential Tax Transparency and Accountability Act.”

It requires candidates running for U.S. president to release five years of their tax returns, which the state would publish for public viewing. RNC Chairwoman Ronna McDaniel dinged Newsom for what she describes as disenfranchising California’s conservative voters.

“It certainly doesn’t bode well for Democrats heading into 2020 that their best bet for beating President Trump is to deny millions of Californians the ability to vote for him. This stunt by Democrats is unconstitutional and, simply put, desperate,” she said in a press statement.

California lawmakers approved a similar measure in 2017, but former Gov. Jerry Brown vetoed it. The suits claim the law suppress the votes of millions of Californians, while the RNC asserts Newsom, who signed the law in July, was creating an “extra-constitutional qualification for the office of president.” The suit argues the law targets an official.

Legal experts worry the law could set a bad precedent. “What other kinds of regulations can one imagine that states might impose on presidential candidates to get onto the ballot?” Richard Pildes, a professor of constitutional law at New York University, told reporters.

A spokesman for Newsom did not respond to reporters request for comment, but the Democratic governor said shortly after passing the law that states have a “legal and moral duty to do everything in their power to ensure leaders seeking the highest offices meet minimal standards, and to restore public confidence.”

Trump has vehemently resisted efforts for him to release his tax information. He filed a lawsuit in July to stop the House Ways and Means Committee from accessing his tax returns. Trump has accused the committee of “presidential harassment.” 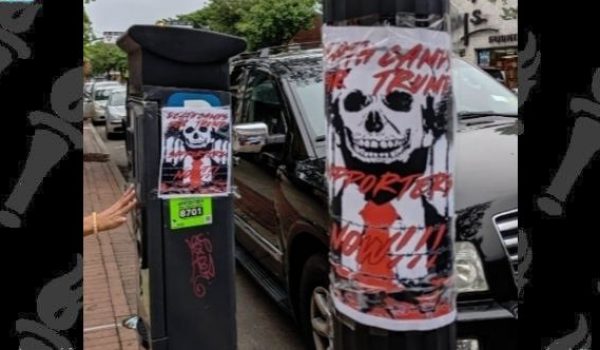