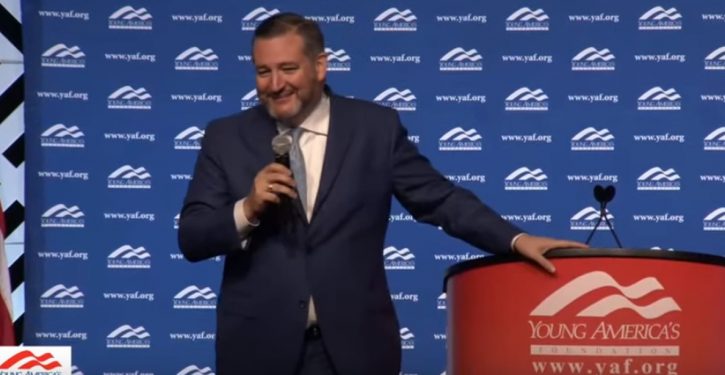 I’m not sure I would have thought old Joe had it in him.

Ted Cruz (R-TX) was speaking at a Young America’s Foundation conference on Thursday (1 August), when he mentioned in passing that he had at one time received a “special back rub” from then-Vice President Joe Biden. The set-up for the YAF crowd was a brief interlude of sage advice about having fun while knocking back some politics.

“It’s like is there anything else you can joke about? Gosh, can anyone think of any comedy that can be done, say, of the Democratic debates we’re watching?” Cruz remarked at an event in Washington, D.C., expressing his frustrations with the material left-leaning comedians use.

One member of the audience responded by yelling “Sleepy Joe!” Cruz responded: “By the way, I will tell you I probably the only person in this room who has, in fact, received a special back rub from Joe Biden.”

The Washington Examiner’s Anthony Leonardi was on the spot with the backstory, which Cruz had told before in an interview with Daily Wire.

Cruz tells a story where, after Republicans had stopped gun control efforts in the Senate in 2013, he was speaking with Sen. Joe Manchin, a Democrat, on the Senate floor. Cruz said that the then-vice president had walked behind him and gave him a back rub.

“Biden comes behind me, and he puts both hands on my shoulders, and begins rubbing my shoulders and kinda rocking back and forth … And he turns to Manchin and he says, “You know, there’s nothing worse than a smart Republican,” said Cruz. “I’m not usually at a loss for words, but I had nothing to say and was really hoping someone would distract the vice president.”

And there you have it. Not something you necessarily want to think about too hard just before bedtime. The video of the, er, “Ted talk” to the YAF audience is below.  Enjoy. You’ll find the brief reference to the encounter with Biden starting a little after 11:15.

But this next visual is of course what the whole post is for. 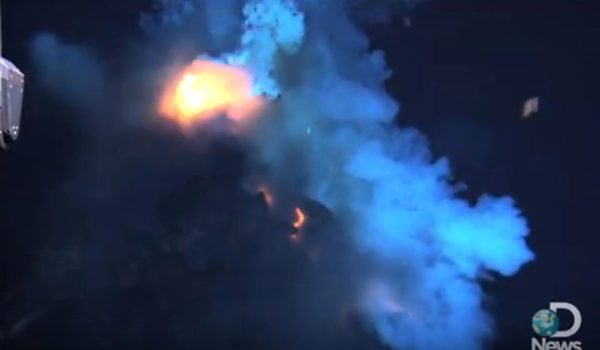