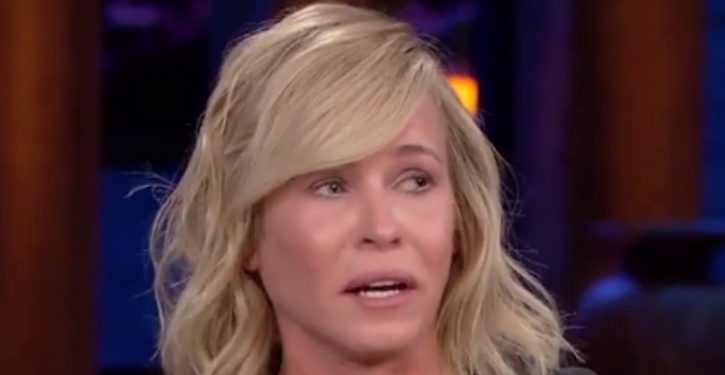 Calling out political officials for being at fault isn’t a game for amateurs.  It’s too easy to get your facts out of order, and in many cases it’s best left to the professionals.

That didn’t stop comedian and all-around gadfly Chelsea Handler, however, in her most recent political tweet.  Handler was disgusted by the dust-up between President Trump and Rep. Elijah Cummings over the rat- and crime-ridden condition of Cummings’s district in Baltimore.

Thursday evening, the news broke that over the previous weekend (Saturday, July 27), Cummings had suffered a break-in at a Baltimore residence he owns.  On Friday, August 2, an angry Handler put out a tweet denouncing Trump for attacking Cummings, and Republicans for saying nothing.

Elijah Cummings’ house was broken into after Trump publicly attacked him on twitter and Republicans say nothing. Our president bullies someone and then has an intruder in his home. The president of the United States. The lows keep coming.

“Elijah Cummings’ house was broken into after Trump publicly attacked him on twitter and Republicans say nothing,” wrote Handler.  “Our president bullies someone and then has an intruder in his home. The president of the United States. The lows keep coming.”

The problem?  As every news site covering these events acknowledged, Rep. Cummings’s property was broken into hours before Trump tweeted his disparaging comments about the congressman’s district.

The burglary of the home of Cummings and his wife, Maya Rockeymoore Cummings, the chair of the Maryland Democratic Party, occurred several hours before Trump accused the congressman of being a “brutal bully” and called his district a “disgusting, rat and rodent infested mess” and a “very dangerous place.”

Cummings’s security system put the break-in at about 3:40 AM Eastern on Saturday.  Trump’s first tweet was sent at 7:14 AM, about three and a half hours later.

Rep, Elijah Cummings has been a brutal bully, shouting and screaming at the great men & women of Border Patrol about conditions at the Southern Border, when actually his Baltimore district is FAR WORSE and more dangerous. His district is considered the Worst in the USA……

Handler was promptly ratioed up one side and down the other.

Better check the police timelines love, it was before and it’s been confirmed. A correction would make you the bigger person right about now

Some wags pointed out that Cummings could have used a wall around his place at O-dark-thirty on Saturday morning.

Others chimed in observing that the address where the break-in occurred is a rental property Cummings owns.

Several hours before, and it is a rental property (for which he failed to file paperwork):https://t.co/tEmbWVZPHM

This has led some to speculate that it was odd for Cummings to be present at 3:40 AM and able, as he said in a statement, to yell at the intruder and scare him off before the police arrived.

“I was notified of the intrusion by my security system, and I scared the intruder away by yelling before the person gained entry into the residential portion of the house,” Cummings said. “I thank the Baltimore Police Department for their response and ask that all further inquiries be directed to them.”

Having no additional facts right now to clarify the situation, Liberty Unyielding is content to note merely that Trump tweeted his sympathy for Cummings after the information about the break-in was reported, several days later.

Really bad news! The Baltimore house of Elijah Cummings was robbed. Too bad!

Many people interpreted this as a taunt lobbed at Rep. Cummings, but as the New York Post reported, Trump told the press after his sympathy tweet that he just “thought that was too bad.”

“I know his house was robbed and I thought that was too bad.

“That was really not meant as a wise guy tweet,” the commander-in-chief said. “I mean his house was robbed and it came over the news at a certain moment last night and I had just mentioned it.”

Chelsea Handler is probably among the doubters, however.  She seems to see Trump as the cause of quite a lot of effects.  Earlier this year, she complained in an appearance with Bill Maher that Trump’s election caused her to seek psychiatric help, and also got her hooked on marijuana.

In December 2017, when fires on the west side of Los Angeles menaced her home, she seemed to blame Trump for “setting the world on fire. Literally and figuratively.”  She ended with the sinister conclusion: “Dark times.”

Just evacuated my house. It’s like Donald Trump is setting the world on fire. Literally and figuratively. Stay safe everyone. Dark times. 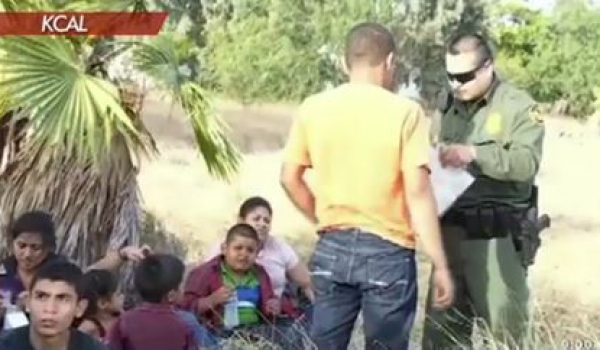 Children bought, ‘recycled,’ as tickets into the U.S.; the real ‘kids at the border’ problem
Next Post
Mass shooting at WalMart in El Paso; 15-20 reported shot, 21-year-old male suspect in custody 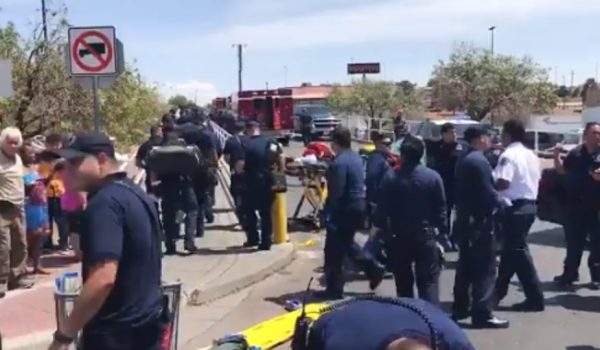