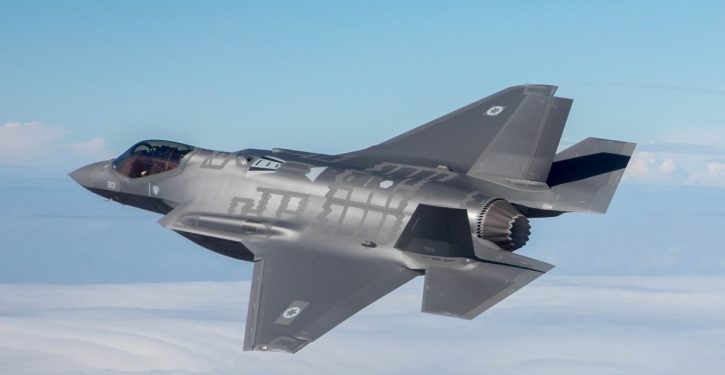 This will be a quick-look summary rather than an in-depth treatment.  The bottom line up-front: if these reports are valid, the militarization of Mesopotamia as a regional battle space, previously warned about here, is proceeding at a near-gallop.  In short order, it won’t be possible for any of Saudi Arabia, Jordan, Lebanon, or Turkey to view itself as militarily unaffected by the developments in Iran’s push for a land bridge to the Mediterranean.

It won’t just be Iraq, Syria, and Israel that see a need to make warfighting calculations and preparations.  And those dimensions of the fight won’t just be about the comparative abstractions of high-altitude surveillance or missile defense.  They’ll be about establishing lines of advance across territory, protecting or interdicting lines of advance across territory, extending air early warning out as far as possible (and changing the location and timing of defensive triggers), siting forward positions, and applying politics to the territorial requirements of military operations – as opposed to things like satisfying tribal and ethnic competitions in vast interior spaces, and protecting oil and gas infrastructure one-dimensionally, as if in a theater-operational vacuum.

That’s what happens when a “dissatisfied power” (like Iran) starts effectively occupying its neighbors’ territory and moving battlefield missiles and other forms of combat power into it.  Whether borders have changed formally or not, the characteristics of the military threat have changed.  Everyone will adapt, and threats that once were far enough away to require only monitoring will increasingly require the guarantee of an interdiction capability.

That means that unless Iran is pushed back from Iraq and rendered unable to consolidate a land bridge across Iraqi territory, Saudi Arabia, Turkey, and Israel will all be compelled to move forward.

It can’t be positively confirmed that two attacks on Iraqi encampments in July were downpayments by Israel on such a forward move.  But they could have been.  Regional news sources are claiming they were.

The first occurred on 19 July 2019.  This event, which we reported the following day, involved an air attack on an Iranian-backed militia site northeast of Baghdad near Amerli.  Reportedly, Iran had just moved a shipment of ballistic missiles there, bringing the missiles in refrigerated transport trucks.

The second attack was on a site to the south of Amerli on 28 July: Camp Ashraf, formerly used by the Mujaheddin-e-Khalq, long-time antagonist of the Iranian radical regime, which occupied the location with Saddam Hussein’s tacit consent for a number of years before he was finally deposed in the invasion of 2003.  The area is now under the control of militia forces backed by Iran in Diyala Province.  Iran is said to have delivered missiles to Camp Ashraf as well. (Some sources have them as rocket launchers.)

On 30 July, Arabic-language news site Asharq Al-Awsat (linked from JTA article above) reported that the July strikes had been carried out by Israel using F-35I Adir strike-fighters.  The news outlet cited unnamed Western diplomats for this claim.

The whole video here is worthwhile; start at the 6:30 mark for commentary on the strikes by Matthew Brodksy of the Strategic Studies Group and retired CIA official Christopher Burgess.

(More here from The Aviationist.)

It is certainly possible that the F-35 was used, although at first glance that claim conflicts with the earlier reporting about the 19 July strike.  Observers in Iraq said the strike was conducted with an unidentified drone.

We must of course take with a hefty grain of salt the claim made by Iran (and cited in the Baghdad Post) that wreckage from the Amerli attack indicated Israel had used “suicide” drones like the Harop (“Harpy”) drone-bomb believed to have been used in a number of attacks on targets in Syria over the last year.  Iran’s reporting of events has the drone being launched from inside Iraq, originating from a U.S. base (Iran would probably finger Al-Asad Air base in Anbar Province).

That scenario, while not infeasible physically, is highly unlikely politically.  The U.S. is at Al-Asad under an agreement with Iraq as the host nation, and although I haven’t checked specifically, I’d bet that one of the terms of the agreement is still that we don’t use the base for military operations by non-coalition forces.  There is no reason to think we would breach that agreement.

It’s not certain that Iran or the Iraqi militias (the Hashd al-Shaabi, also called the Popular Military Force or PMF) has the capability to track a low-observable drone like the Harop reliably from a distant launch point.  So Iran is quite likely to be reconstructing a tendentious view of what happened, as opposed to having evidence of it.

(Note: there are some U.S. military trainers and contractors at Balad Air Base, much closer to both Amerli and Camp Ashraf.  However, Balad is a base used primarily by the Iraqi national air force, and I would rule out even Iran thinking the U.S. can green-light the launch of Israeli drones from it.)

There are other possibilities, however.  It’s even possible that Israel did deploy the Harop on 19 July, but not from a base inside Iraq.

I’m a bit dubious about the Harop scenario, incidentally, because of the small warhead you get with the Harop (about 23kg) versus the type of target we seem to be talking about.  That said, if it were one or two refrigerated trucks with a certain number of short-range ballistic missiles packed in each one, you could “wreck ‘em pretty good” with a couple of Harops.  The Harop, although originally designed to home in on air-defense radars, has its own integrated electro-optical sensor which the drone controller can use to identify the desired target and vector the drone-bomb in with precision for the kill.

The Harop would not be your weapon of choice to go after missiles in a warehouse.  But if they were still in the trucks, it’s possible the Harop was used.

If one or more Harops were launched from a “U.S. base,” the more likely base was the one at Al-Tanf on the southern border of Syria.  From there, the Harop, with its operating range of about 600 statute miles, would have plenty of gas to get to Amerli some 350 miles away and still have loitering time for targeting.

But another potential method of delivery would have been launching the Harop or Harops from an F-35I.  In marketing the Harop, IAI debuted a “Mini-Harpy” version early in 2019 that can be air-launched.  Debuting a weapon system like this for marketing to potential foreign buyers typically means that an uptooled version with the same capability is already being integrated with the Israeli armed forces.

The Harop has the operating range to be air-launched from anywhere in Syria and reach targets in east-central Iraq; in fact, the shortest approach would be from just north of Al-Bukamal, the border crossing on the Euphrates.  Any approach from outside Iraqi air space would quickly become much longer, the further south you go.

The lengthening standoff for launch points further south – launch points for anything air-launched – arguably begins to militate against an IAF aircraft approaching from Saudi Arabia or southern Syria.  A one-way death march for a Harop suicide drone remains possible, and that would have the virtue of fitting with the claim from on-scene observers that a drone was the attack platform on 19 July.  (At its extreme operating envelope, a Harop could actually have launched from Israel and flown through Jordanian air space.  It would have had no loiter time for target-hunting at the end of its run, however.)

From either line of approach for strike-fighters, meanwhile – Saudi Arabia or southern Syria – the IAF aircraft would have to enter Iraqi air space to use an air-launched cruise missile like Popeye Turbo (200 miles; possibly somewhat more) or Delilah (160 miles).

For the second strike on 28 July, on Camp Ashraf, moreover, only the Popeye (of the two cruise-missile weapon systems) could have reached the target from the nearest point on the Syrian border.

IAF aircraft may have entered Iraqi air space.  They wouldn’t if they didn’t have to.  I strongly doubt that F-35s made close approaches to the targets north of Baghdad in order to deliver guided bombs.  That package of wallop wasn’t necessary for the targets indicated.  If the F-35s were involved, they probably used standoff weapons.

But it’s possible IAF strike-fighters were in Iraqi air space somewhere, if briefly.  That, in turn, would comport with the seeming import of the Asharq al-Awsat report from Western diplomats – and if so, it’s a sign of how Iran’s military encroachment on territory has changed the game.

The next thing we can expect is agitation and greater urgency from Iran, and probably Russia and Iraq, to significantly improve air warning and defense capabilities around Iraq’s northern, western, and southern exposures.  That will trigger more countermeasures, and a greater political sense of militarized territory and campaign planning, from the other nations.  And so it will go.

Parents now giving up custody of their kids to get need-based college financial aid
Next Post
Tlaib campaign received $2,500 from a donor who died 10 years ago