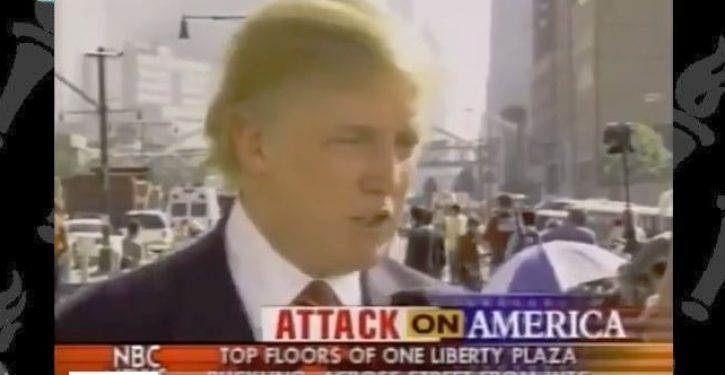 The claim,which has also been challenged by MSNBC and Vox, was that Trump was at Ground Zero following the attacks on the World Trade Center. Here is the relevant portion of his statement at the signing ceremony:

In a few moments, I will sign the 9/11 Victims Compensation Fund. This law makes permanent the financial support for families who lost precious loved ones as a result of September 11th attacks. It also provides pensions for those who are suffering from cancer and other illnesses stemming from the toxic debris they were exposed to in the aftermath of the attacks. Many of those affected were firefighters, police officers, and other first responders.

In Crockett’s reaction to the highlighted claim, he doesn’t just dip a toe into sardonicism. He plunges head first into the icy waters, titling his article “President Trump Is a Modern-Day Forrest Gump” and opening with this:

To hear the president tell it, he was with John F. Kennedy the night before he was shot and Trump warned JFK that riding in a convertible wasn’t a good move. Trump was also with Neil Armstrong on the moon, although he wasn’t pictured in any of the shots. Before the 1981 NFC Championship game, Trump told Joe Montana just to keep the play alive and Dwight Clark would work to get open. Trump later named that moment “The Catch.”

Further down, Crockett switches briefly from snide to “serious.” He quotes Vox’s Aaron Rupar who in turn culled his pronouncement from the Left’s Grand Wizard of Arbiters of Fact, Snopes:

Snopes investigated Trump’s 2016 claim by speaking to officials from the New York City Fire Department (FDNY) and construction demolitions experts who were at Ground Zero in the hours and days after the 9/11 attacks. Nobody could recall even seeing Trump at the site. Snopes also details how Trump has a history of exaggerating the role his company played in the recovery efforts.

But Crockett isn’t finished making an abject fool out of himself. He goes on to write:

Well, Snopes and Rupar are wrong. Not only did the president save 30 people from the rubble, he also drove a fire truck that was trapped to safety. Below is an image of Trump driving the fire truck.

But guess what (as Fox News Channel’s resident liberal Juan Williams is so fond of saying)? Well, don’t guess. Have a look.

MSM: Trump lied and said he was at Ground Zero during the aftermath of 9/11 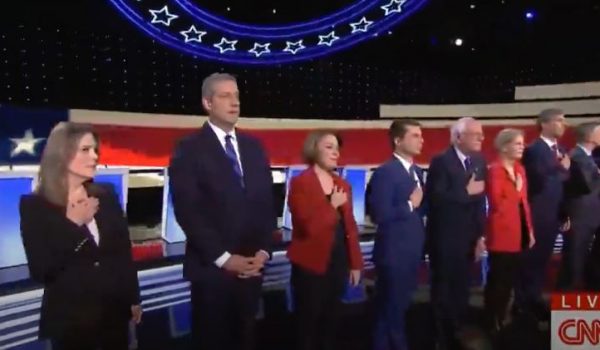 At debate, Dem candidate fails to place hand over heart during national anthem
Next Post
Cartoon of the Day: Movin’ on up 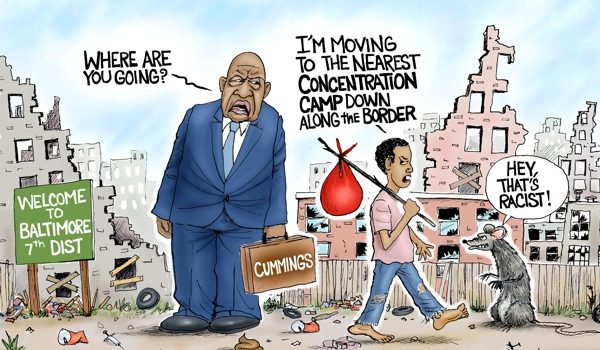