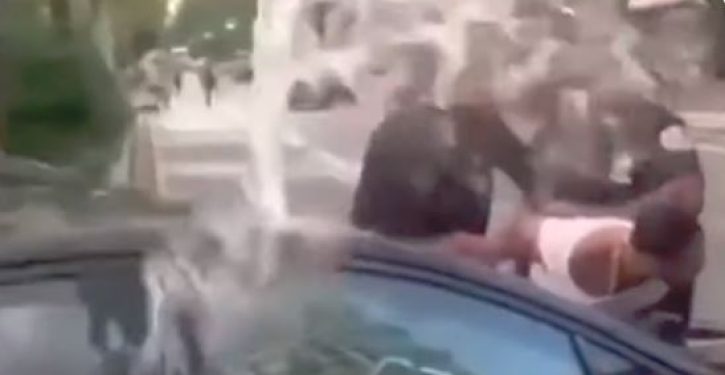 New York City is a not a sane world. When Monday’s incident inspired residents of Brownsville Brooklyn, which is 76% black, to follow suit, Chief of Police Terence Monahan spoke up. According to the New York Post, he said, “[W]e will identify who was involved, and arrests will be made.”

And how about Monahan’s boss, the mayor? Indeed Bill de Blasio had words for the perps:

This is serious stuff. Don’t do it. Don’t aid and abet it.

When the aforementioned officers were assassinated where they sat, de Blasio made his feelings known again by showing up two hours late for a memorial service for one of the pair.

Bill de Blasio has some weird delusion that he is running for the presidency of the United States, despite his barely registering as a blip in the polls. In truth he is serving a second term as mayor of New York only because virtually no one ran against him.