On Monday, Speaker Nancy Pelosi sent a Dear Colleague letter asking House Democrats for their support “in a forthcoming resolution sponsored by Congressman Tom Malinowski, who was born abroad” (he was born in Poland and brought to the U.S. when he was six) condemning Donald Trump for his tweets on Sunday.

“Our Republican colleagues must join us in condemning the President’s xenophobic tweets,” she added, which is curious since the letter was addressed to “Dear Democratic Colleague.”

Reading the letter, I had a distinct sense of déjà-vu. Maybe that’s because I had seen this movie before. In August 2017, Pelosi called upon Congress to pass a resolution censuring President Donald Trump for “the repulsiveness” of his “words and actions” in response to the deadly clash in Charlottesville, Va. Democrats at the time were helping spread the myth that Trump had called neo-Nazis “fine people,” a fiction they continue to peddle to this day.

Last month, Pelosi briefly entertained thoughts of censuring Trump again, this for time for supposedly obstructing justice in the Mueller investigation, but decided instead to go all in and bring articles of impeachment. As she explained to reporters:

No. I think censure is just a way out. If you’re going to go, you’ve got to go. In other words, if the goods are there, you must impeach, and censure is nice, but it is not commensurate with the violations of the Constitution. …

She added that a censure of Trump would be “a day at the beach for the president, or at his golf club, or wherever he goes.”

Trump isn’t the only member of government Pelosi has threatened to censure. In March, she announced a resolution to denounce Democratic Minnesota Rep. Ilhan Omar — one of Trump’s “targets” on Sunday — for anti-Semitic comments she had made on the House floor. But when Pelosi was accused of “upholding the patriarchy doing the dirty work of powerful white men” by professional anti-Semite Linda Sarsour, she relented. Instead of reprimanding Omar, the House ended up passing an absurd resolution denouncing hatred, including Islamophobia.

‘Racism’ canard is a lie, and that’s why it won’t bring Trump down
Next Post
Madness: Transgender ‘female’ wins two gold medals in women’s weightlifting 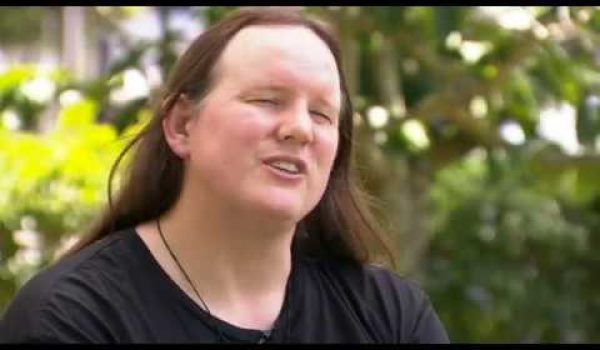