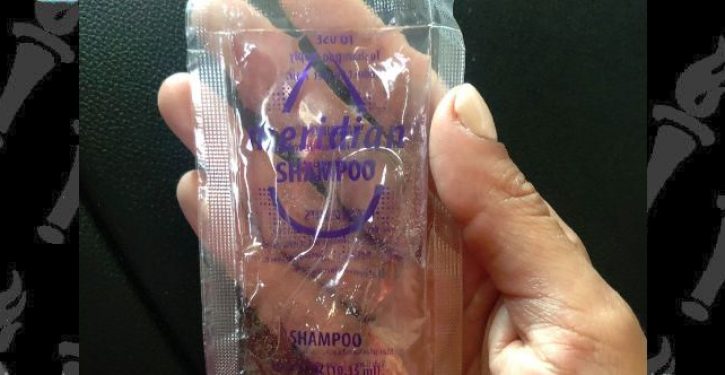 That Alexandria Ocasio-Cortez would make a lousy lawyer is not all that surprising when you consider she’s a lousy representative and was probably a lousy bartender. But as any lawyer can tell you, the last thing an attorney making a case wants to do is present a piece of material evidence that destroys his argument.

Take Exhibit A above, a vacuum-sealed packet of shampoo. The hand holding it, moreover, belongs to Ocasio-Cortez herself. After complaining that migrants detained on the southern border were being denied basic hygiene products like soap and toothpaste, Ocasio-Cortez on Monday posted this image online and even admitted that it was “slipped” to her by one woman being housed at a facility.

So what possible reason could Ocasio-Cortez have for showing this bit of counter-evidence? She attempts to explain herself in a tweet:

CBP made us check our phones.

But one woman slipped me this packet to take with me.

It says “shampoo,” but she told me that this is all they give women to wash their entire body. Nothing else.

Some women’s hair was falling out. Others had gone 15 days without taking a shower. pic.twitter.com/OsaKS0YD9a

The part about women’s hair falling out and having gone two weeks without a shower is hearsay and would be inadmissible in a court of law. But then again, nothing that Ocasio-Cortez says is that credible because she lies so easily and often. In another tweet posted a few minutes earlier, she claimed:

What’s haunting is that the women I met with today told me in no uncertain terms that they would experience retribution for telling us what they shared.

They all began sobbing – out of fear of being punished, out of sickness, out of desperation, lack of sleep, trauma, despair.

Yes, that’s all very believable, especially coming from a woman who initially insisted there was no crisis at the border and now maintains that the crisis that does exist is solely the fault of Donald Trump — that overcrowding at detention facilities didn’t occur on Barack Obama’s watch.

Ocasio-Cortez should return to her day job — as soon as she can figure out what it is. 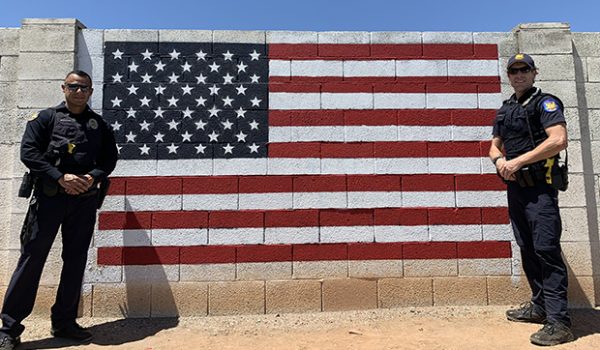 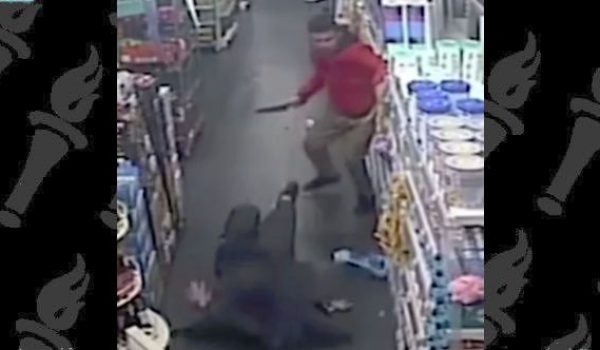