Time magazine’s July 1 issue, with its “respectful” cover photo of Donald Trump looking “presidential” — for which the magazine was “scorned” — features a provocative interview with the headline quote: “My Whole Life Is a Bet.”

Within the interview, one “Trumpian” statement stands out because it defies traditional political logic: When Time asked whether he should reach out to swing voters, he said, “‘I think my base is so strong, I’m not sure that I have to do that.’”

I was intrigued and confounded by the president’s bravado when supposedly he is running for president of the United States, not president of His United Base.  In a country so polarized that the middle has virtually disappeared, shouldn’t Trump at least pretend to reach out to swing voters? He could even position that effort as a patriotic move for the well-being of the nation. My strategic advice would be to try a little unification instead of division. But since his “Whole Life Is a Bet,” Trump is betting that his base will carry him to victory and to heck with the rest of America.

Perplexed by this strategy, I reached out to some well-known Republican presidential consultants and gleaned fascinating insights and perspectives.

Agreeing with Trump’s base strategy is Alex Castellanos, who is frequently seen on broadcast and cable TV screens. Castellanos worked on the presidential campaigns of Bob Dole, George W. Bush, Jeb Bush, and Mitt Romney. He is a co-founder of Purple Strategies, a bipartisan communications firm.

First, “Donald Trump’s base is much bigger than it appears on surveys. If you haven’t figured out its uncool to tell the polling/media establishment you are a Trump supporter, you are not smart enough to be one.  So add 5 to 6 points to every survey you see.”

Second, “Trump doesn’t have to win over swing voters. He just has to make sure they see he is the only thing standing between them and the return of a rapacious D.C. establishment. Swing voters may find this President hard to swallow personally, but the country is on fire.  He’s the only fireman in town and Democrats are kerosene.”

Such a vivid, poignant description of the political environment is why Castellanos is a sought-after TV analyst.

Next up is Mark McKinnon, who was the chief media strategist for George W. Bush’s campaign in 2004, the last Republican president to be re-elected. He is currently co-producer and co-host of “The Circus,” Showtime’s hit political documentary series, now in its fourth season, and a commentator on several cable news channels.

Here is McKinnon’s response to Trump’s “base only, no need for swing voters” strategy:

“It’s a risky strategy because in order to be successful, it means the campaign has to suppress turnout with Democrats to a level at or lower than it was in 2016.  And given what we saw in 2018, Democratic turnout is likely to be significantly higher.”

Actually, it’s more than likely, according to Ronald Brownstein in a June 13 piece in The Atlantic headlined “Brace for a Voter-Turnout Tsunami”  and sub-headlined “Even with a surge in overall participation, white working-class voters could still remain decisive in the 2020 election.”

“On the other hand, [the base] may be Trump’s only possible route to victory. If he can’t convert any Democrats or Independents, which a lot of polling suggests, then he’ll have to rev up his base into a 100 percent turnout frenzy and make the Democratic nominee the greatest threat to democracy and keeping America great since, well, Hillary Clinton.”

Following up, I asked McKinnon whether Bush tried to reach out to swing voters in 2004. He responded:

“2004 was certainly a base election. That was the playbook. But, keeping America safe in a post-911[world] with a clear, consistent vision (unlike Kerry) appealed to enough Democrats and Independents to ensure a margin of victory.”

For the record, Bush’s RealClearPolitics job approval poll average two days before the Nov. 2 election was 49.8% with 46.7% disapproving – not great, but still in positive territory. However, at this period during his first term, his RCP average was an impressive 61% with 36% disapproving.

In contrast, Trump’s RCP average has never surged higher than 45%. Today, the president’s job approval average stands at 44.3% with 51.6% disapproving.

The last national GOP political consultant who spoke on the record about Trump’s base-only strategy is Rick Tyler, now an MSNBC political analyst and a partner in and co-founder of Foundry Strategies. He was communications director for Sen. Ted Cruz’s presidential campaign until February 2016 when he was dismissed after a headline-making video controversy regarding Marco Rubio’s campaign. In the 2012 election cycle, Tyler was a senior adviser and spokesman for a super PAC supporting Newt Gingrich’s run for president. Before that, he had served as a key adviser to and spokesperson for the former House speaker for over a decade.

Tyler is critical of Trump’s strategy:

“It was swing voters who made the difference between Trump winning and losing in 2016. Swing voters decided the outcomes in Wisconsin, Michigan, and Pennsylvania. It seems to me that Trump giving up on the voters who made him president is a strategy for losing.”

Finally, and by far my favorite quote from this exercise was from an official with the Republican National Committee (who requested anonymity). Regarding the wisdom of the president’s strategy, the official said:

“I think it depends on how you define the base.”

On the phone, I burst out laughing because that response reminded me of Bill Clinton’s infamous 1998 answer to a special prosecutor’s question: “That depends on what the meaning of ‘is’ is.”

Later, the RNC official sent me a more complete explanation:

“Trump’s base goes beyond the conventional Republican base that consultants see. It includes a whole new group of black entrepreneurs, Jewish voters under the age of 60 and first-generation Americans who came here legally and see great economic opportunity with this President.”

No matter how anyone defines Trump’s base, on Nov. 3, 2020, those voters had better show up in droves. If not, Trump will likely be the first president to lose re-election since 1992 when Clinton defeated President George H.W. Bush. And remember, it was Clinton’s campaign that birthed what has become the most quoted political slogan of all time, “It’s the economy, stupid.”

That, of course, is Trump’s “unofficial” 2020 slogan, on which he is “betting” his base will want “four more years.” 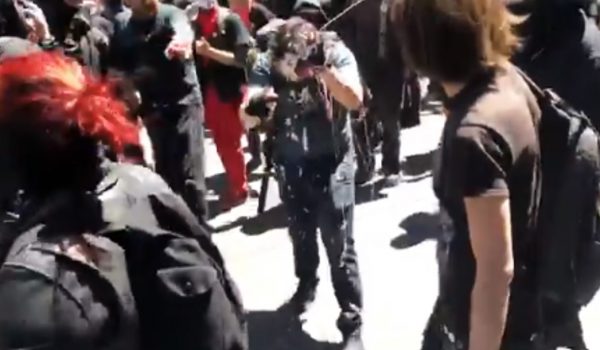