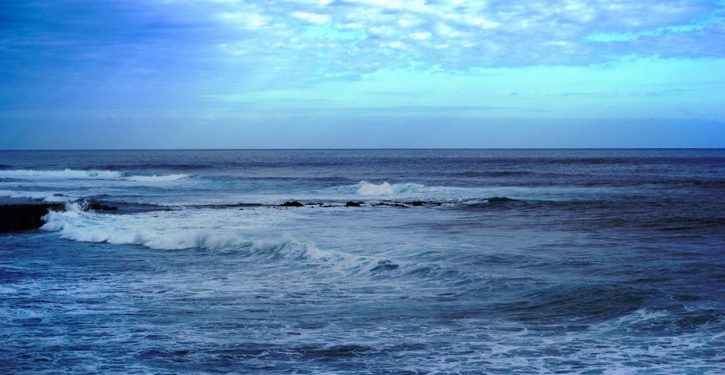 Author William Langewiesche has an extraordinary, carefully researched and crafted article at The Atlantic this month on the fate of Malaysia Airlines flight MH370, which went down mysteriously in the Indian Ocean – as far as we can reconstruct – on 8 March 2014.

The entire article, a long one, is well worth the time.  I commend it to your perusal.  I will only treat here the one question that arises for me after my own read caused me to hear with fresh ears what seems to have happened.

I had followed the search for the Boeing 777 airframe closely enough to know who globetrotting researcher Blaine Gibson is, and even to have heard, glancingly, of Malaysian lawyer Grace Subrathirai Nathan, who has worked so hard for accountability to the passengers’ families after the flight went missing.  I knew about some of Gibson’s discoveries on the beaches of the Western Indian Ocean’s widely scattered littoral: small pieces of the 777 wreckage that can be linked to the MH370 airframe.

I also knew about the history of the aircraft’s final “handshakes” with automated satellite links, which have given us the basic story of what happened after the plane made its sharp turn to the southwest and the vast, empty Indian Ocean where it appears it finally went down.

But until reading Langewiesche’s account, there was something my ears hadn’t heard in that reconstructed story.  And I wonder if it may be a clue – or even “the” clue – to why this happened.

Rather than recount the story – please read Langewiesche for that – I will just provide three quoted passages here.

The first one is a brief summary of the final and longest leg of MH370’s journey: the six hours after the turnout over Sumatra toward the Indian Ocean:

The turn point was a bit north and west of Sumatra, the northernmost island of Indonesia. It has been assumed, at some analytical risk, that the airplane then flew straight and level for a very long while in the general direction of Antarctica, which lay beyond its range.

After six hours, the Doppler data indicated a steep descent—as much as five times greater than a normal descent rate. Within a minute or two of crossing the seventh arc, the plane dived into the ocean, possibly shedding components before impact. Judging from the electronic evidence, this was not a controlled attempt at a water landing. The airplane must have fractured instantly into a million pieces. But no one knew where the impact had occurred, much less why. And no one had the slightest bit of physical evidence to confirm that the satellite interpretations were correct.

The second passage is a more descriptive evocation of the plane’s final moments, based on what we’ve reconstructed about its progress from automated tracking:

Around 7 a.m., the sun rose over the eastern horizon, to the airplane’s left. A few minutes later it lit the ocean far below. Had Zaharie [the pilot] already died in flight? He could at some point have depressurized the airplane again and brought his life to an end. This is disputed and far from certain. Indeed, there is some suspicion, from fuel-exhaustion simulations that investigators have run, that the airplane, if simply left alone, would not have dived quite as radically as the satellite data suggest that it did—a suspicion, in other words, that someone was at the controls at the end, actively helping to crash the airplane. Either way, somewhere along the seventh arc, after the engines failed from lack of fuel, the airplane entered a vicious spiral dive with descent rates that ultimately may have exceeded 15,000 feet a minute. We know from that descent rate, as well as from Blaine Gibson’s shattered debris, that the airplane disintegrated into confetti when it hit the water.

The third passage is a set of sound, logical conclusions from the sum total of what we believe we know about the flight:

If the wreckage is ever found, it will lay to rest all the theories that depend on ignoring the satellite data or the fact that the airplane flew an intricate path after its initial turn away from Beijing and then remained aloft for six more hours. No, it did not catch on fire yet stay in the air for all that time. No, it did not become a “ghost flight” able to navigate and switch its systems off and then back on. No, it was not shot down after long consideration by nefarious national powers who lingered on its tail before pulling the trigger. And no, it is not somewhere in the South China Sea, nor is it sitting intact in some camouflaged hangar in Central Asia. The one thing all of these explanations have in common is that they contradict the authentic information investigators do possess.

That aside, finding the wreckage and the two black boxes may accomplish little. The cockpit voice recorder is a self-erasing two-hour loop, and is likely to contain only the sounds of the final alarms going off, unless whoever was at the controls was still alive and in a mood to provide explanations for posterity. The other black box, the flight-data recorder, will provide information about the functioning of the airplane throughout the entire flight, but it will not reveal any relevant system failure, because no such failure can explain what occurred. At best it will answer some relatively unimportant questions, such as when exactly the airplane was depressurized and how long it remained so, or how exactly the satellite box was powered down and then powered back up. The denizens of the internet would be obsessed, but that is hardly an event to look forward to.

Langewiesche goes on to end where he started, with the mix of variables back “on land, in Malaysia.” The state of mind of the depressed pilot, Zaharie Ahmad Shah.  The bureaucratic opacity of the Malaysian police and other authorities.

And so, my question. Did your ears hear it, in these three passages?  Did they hear the clue?

We’re not going to find “the wreckage.”  If the plane shattered like confetti on impact with the water, there is no “wreckage” of the size we’d have to be looking for, to find it deep in the dark recesses of the remote Indian Ocean.

And that appears quite possibly to be by design.  If the rapid descent suggested by the Doppler data required forcing, as it sounds like it may well have, then someone wanted the plane to disintegrate into “a million pieces” on impact.

What might that something have been?  That’s the new question.  My first thoughts would be, (1) something heavy, so it would sink and not be carried by currents toward inconvenient exposure later, and (2) something that couldn’t be got rid of by burning, acid, etc. Number 3, of course, would be something someone didn’t want to be caught with.

And didn’t want to be caught with badly enough to go to an awful lot of trouble.  If you’ve learned something about the sea, you know that men do get out on it and dump things into its depths that they don’t want anyone else to know about.  It wouldn’t be the first time.

But, of course, this hypothesis is as unproven as anything else in the strange MH370 scenario.  You could talk yourself out of it, just as you can talk yourself out of the “suicidal pilot” narrative.  To my mind, the insane obsession necessary for a pilot to want to be awake and functioning at the last moment in order to disintegrate the plane on impact, just because he wants to make confetti, is at least as hard to justify as the hypothesis I’ve outlined.

None of us knows from out here, five years removed and thousands of miles and a mental universe away from that weird, uncanny morning over the Indian Ocean.  Perhaps we never will.