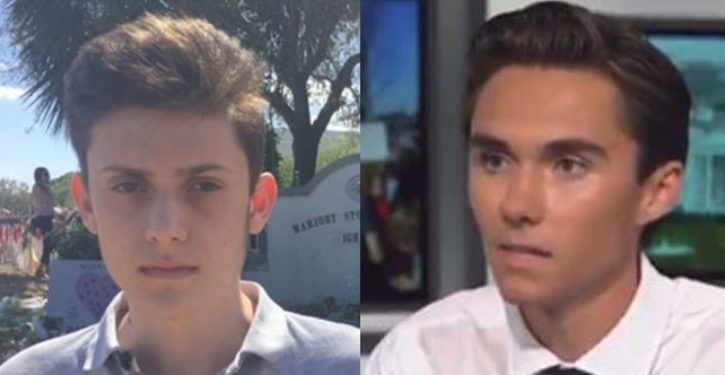 If you’ve forgotten the name “Kyle Kashuv,” here is my description of him in a post from 2018:

This is what the Left assumed they were getting when they bought into the David Hogg mythology: A bright and articulate young man who understands the issues that divide us and can debate them with opponents many times his age.

Hogg instead is a semi-literate, foul-mouthed brat that has long overstayed his Warholian fifteen minutes thanks to the plumping of the progressive movement, which would rather sound foolish than say nothing at all.

Should your mind need further refreshing, Hogg describes himself in his Twitter bio as “Good at protesting, bad at spelling” (half of which is true) and was among a group of Parkland students invited to an event hosted by the Harvard Institute of Politics from which Kashuv was excluded, likely because he is a conservative.

The quasi-equalizer came when it was time to apply for admission to college. Kashuv was accepted to Harvard, and so inexplicably was Hogg, who had received prior rejections from four at-best middling colleges.

Yet only one of the two will be attending this fall. In a thread published earlier today, Kashuv wrote:

Three months after being admitted to Harvard Class of 2023, Harvard has decided to rescind my admission over texts and comments made nearly two years ago, months prior to the shooting.

I have some thoughts. Here’s what happened.

The decision was made, Kashuv theorizes in the subsequent tweet, based on the re-emergence of “egregious and callous comments classmates and I made privately … when I was 16 years old …  in an attempt to be as extreme and shocking as possible.”

He apologized for the comments, hoping that would clear the air, but he received the following communique from the university dated May 24: 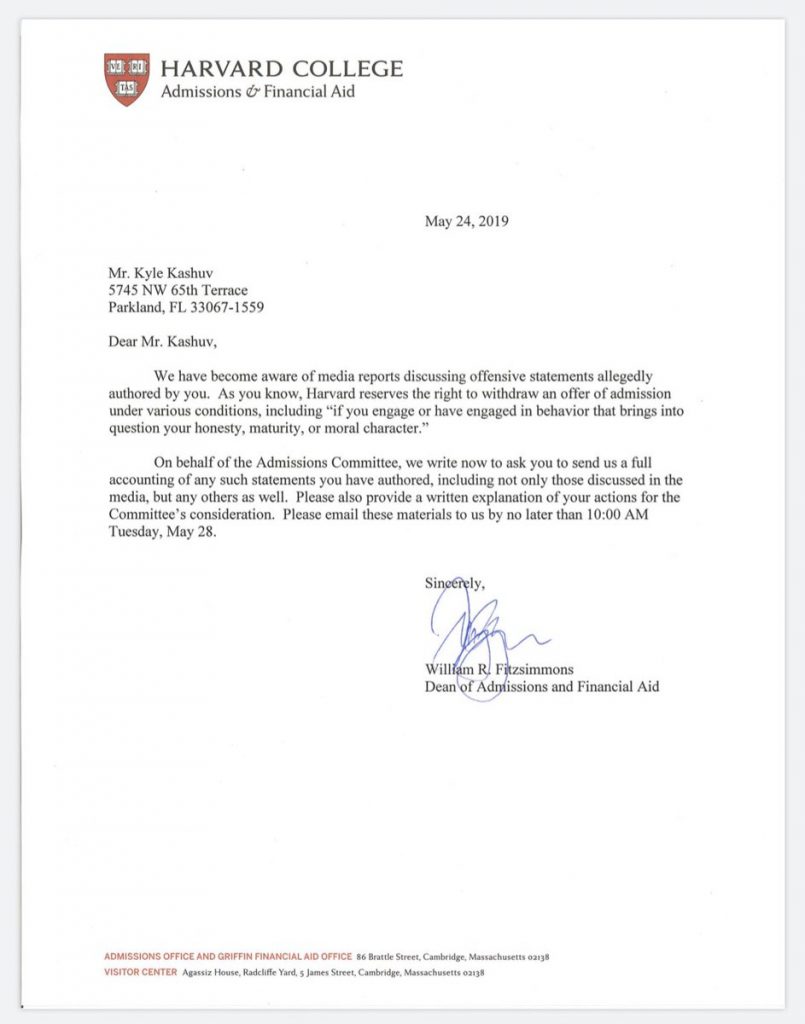 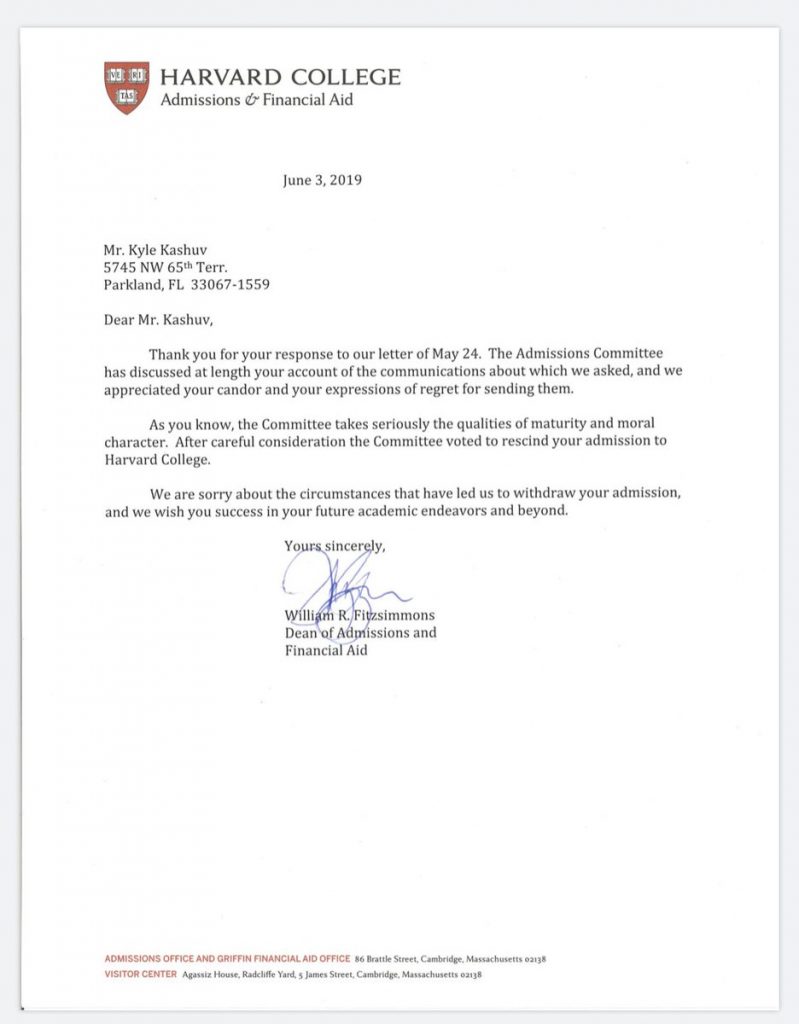 It is fascinating that two of the criteria on which the decision was based are maturity and moral character, both of which the powers that be find present in Hogg, despite has having lashed out at the Democratic leadership in an August 2018 interview for not getting “the f*ck off the plate” and giving the next generation its turn. 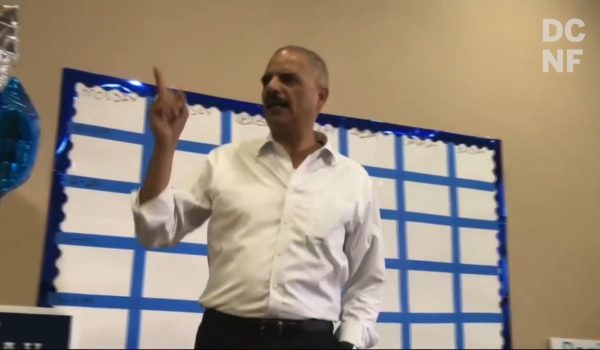