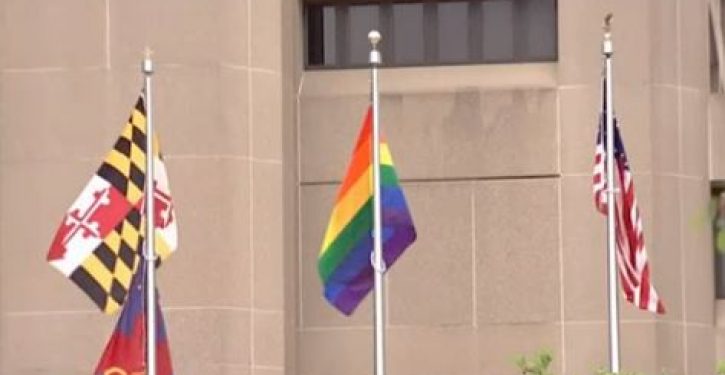 In case you’ve had your eyes closed and your hands cupped over your ears for the past sixteen-plus days, we are in the midst of LGBT Pride Month. June has been celebrated as Gay Pride Day since 2000, when then-President Bill Clinton proclaimed it as such.

In honor of Pride Month, lunatic-for-all-seasons Rachel Dolezal has announced that she is bisexual. Also in commemoration of gay pride, a government building in Montgomery County, Md., raised a rainbow gay pride flag, but not before lowering a flag honoring America’s missing soldiers and prisoners of war. NBC Washington reports that Evan Glass, the Montgomery County Council’s first LGBTQ member, led the celebration of the raising of the pride flag last week at Veterans Memorial Plaza in Rockville.

But not everyone was enthusiastic about the change:

“When I was in Vietnam, I was there six days before two guys were missing in action, and they still haven’t found their bodies,” Williams said.

“I wasn’t happy about it at all because the park is supposed to be a veterans park,” Williams said. “People died. Now they took it down and put another flag up.”

Noting that the flagpole was only able to accommodate one flag, Glass took immediate action to add more ringlets so that both flags could fly simultaneously.

If there is a cautionary lesson in all this, it’s that we as a nation need to take a deep breath and think before removing or adding anything to the public square.

By the way, for what it’s worth, June is all PTSD Awareness Month.

Cartoon of the Day: Well done
Next Post
VIDEO: Palestinian father sends his toddler to face down Israeli soldiers 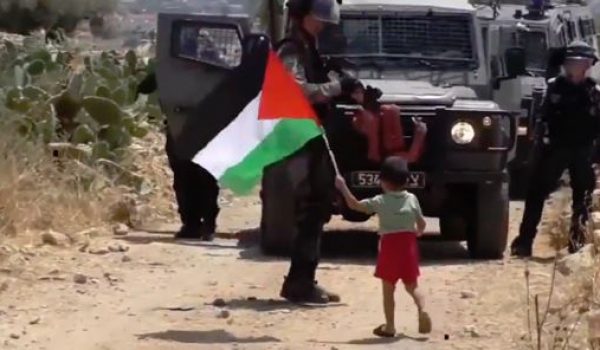