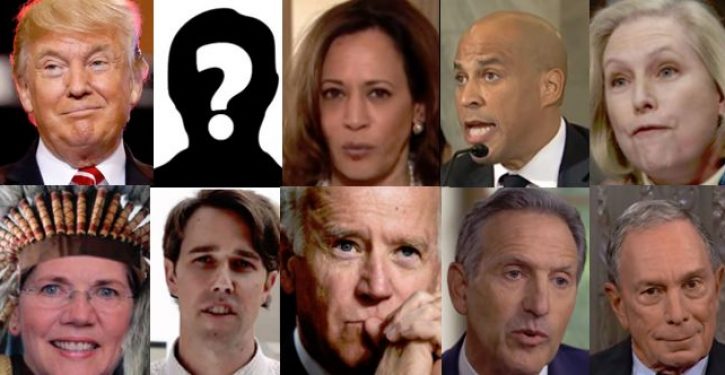 That old political adage “Elections are about the future” is still applicable these days, but with a tweak: “The 2020 election is about fear of the future.”

And what do Americans fear? Plenty, according to the Pew Research Center’s recent study of social and demographic trends, with the prevailing national outlook  summarized by two headlines:

“Looking to the Future, Public Sees an America in Decline on Many Fronts.”

Are Americans pessimistic or realistic? Perhaps some voters think that casting their 2020 presidential ballots for either Donald Trump or his Democratic opponent is going to reverse this national “decline.” If so, that’s called “hope.”

However, pessimism reigns with Pew finding that 60% of Americans believe the U.S. will become less important in the world. For a baby boomer like myself, that is an astounding attitude change. Growing up, we were taught that the global supremacy of American military and economic power was unquestioned and appeared to be never-ending. (Obviously a hangover from victory in the Second World War, its aftermath, and the space program.)

Now let’s explore a data “window” into that pessimism — something of a “cancerous biopsy” with negative national implications extending well beyond the statistics’ narrow focus. This data also helps explain why the Democratic Party’s drift toward “socialist” policies is gaining traction among its base (especially younger voters) and will impact who wins the presidential nomination and perhaps the White House.

Consider the 2018 Mission Readiness report generated by the Council for a Strong America, chaired by Norman R. Seip, a retired 3-star Air Force general. The group is comprised of “[f]ive organizations of powerful leaders preparing the next generation to be well-educated, physically fit, and prepared for productive lives.”

But the opposite is happening.

Titled “Unhealthy and Unprepared,” the report utilized 2016 data from a U.S. Department of Defense Joint Advertising Market Research & Studies program undertaken to analyze the volunteer military recruiting marketplace. The report found that 71% of youth between the ages of 17 and 24 would not meet the military’s core eligibility requirements.

Digging deeper, “[o]besity disqualifies 31% of youth from serving if they so choose.” And these alarming statistics will delight our enemies: “Of the remaining 29% who would qualify, only 17% would be qualified and available for active duty, and 13% would qualify, be available, and achieve a satisfactory score on the Armed Forces Qualification Test.”

The first I heard about the 71% “unqualified” was in an interview with Secretary of the Army Mark Esper as part of Fox News’ D-Day anniversary coverage. That statistic piqued my interest, prompting some further research.

The data cited by Fox was from the same 2018 Mission Readiness report used in the February 2019 Heritage Foundation report, “The Looming National Security Crisis: Young Americans Unable to Serve in the Military.”

The Heritage study breaks down “Unable to Serve,” as follows:

Then, on May 14, USA Today referenced “2017 Pentagon data” in a piece headlined, “71% of young people are ineligible for the military — and most careers, too.”

Besides the obvious national security consequences, the fact that young Americans are deficient in ways that significantly reduce their ability to succeed in an increasingly competitive and unforgiving market economy has enormous political implications.

Is that 71% “unable to serve” the underlying reason why younger voters favor free health care for all, free college tuition (along with loan forgiveness) and guaranteed “basic income”?

Does that 71% also indirectly help explain why the Pew Research study found that 73% of Americans believe the gap between rich and poor will continue to grow?

If nearly three-quarters of youth are “unable to serve,” that surely indicates a lack of STEM skills (science, technology, engineering, and math), which demand much brainpower, hard work, and dedication to acquire. (Remember that the military found “only 13% would qualify, be available, and achieve a satisfactory score on the Armed Forces Qualification Test.”)

Of course, STEM skills fuel new technologies, which in turn create legions of new jobs that help power the economy, support the tax base, and keep America number one.

Perhaps I am attaching too much significance to the “71% unable to serve.”  But it was USA Today (hardly a radical publication) that made the connection in its headline:   “… ineligible for the military — and most careers, too.”

But the larger connection is the underlying reason why 71% are “unable to serve” — poor health, lack of skills, obesity, crime, and drug use. These are chronic problems plaguing American youth and impacting national security — problems that both parties are incapable of solving in this poisonous, polarizing, political environment.

Moreover, with the national debt at $22.3 trillion and unfunded liabilities at $124.3 trillion, the government cannot extend new benefits to a younger generation that appears to be politically groomed to expect more benefits, especially while the population is rapidly aging and living longer.

Sadly, no 2020 presidential candidate of either party is even talking about this impending fiscal doom. The best example is the projected reduction of Social Security benefits starting in 2034 — when only 79% of each monthly payment will be issued. (That is what it says on your 2019 annual Social Security statement, but with an asterisk.)

Finally, for all the reasons stated above, if you agree that fear of the future is driving the next election, I have some more bad news: Pew found that 65% of Americans believe that our nation will grow even more politically divided. The world to come is not just bleak but argumentative.

But for now, fear, division, and decline are what the 2020 presidential election is all about, whether we admit it or not. 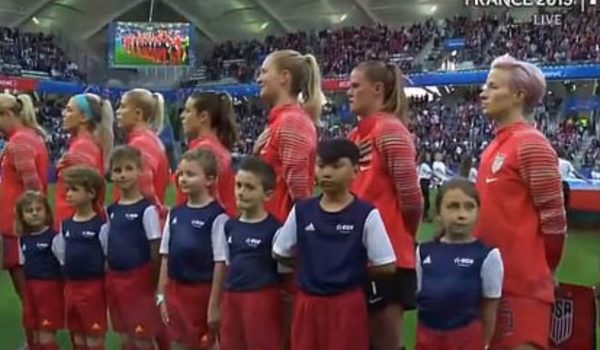 Women’s soccer star refuses to sing national anthem, as ‘f-you’ to Trump
Next Post
Foreign oppo info: Trump might listen for free to what Hillary desperately sought and paid for