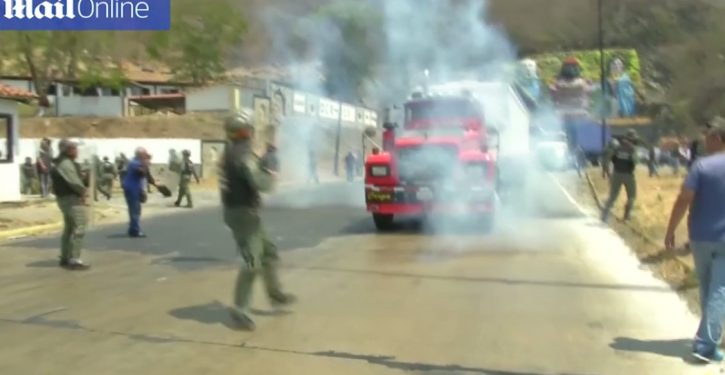 Not long ago, millions of Venezuelans decided to become loved by the left and voted away their right to keep and bear arms. But now that their government has descended into a socialist nightmare where everyone is starving to death, these same people are now regretting their votes to give away their right to self-defense.

It is an object lesson for the folks here in the U.S. who want to travel down the same path as Venezuela; gun-free, socialism and all.

Venezuela implemented its gun ban six years ago before their world took its last steps into the living hell it has become. Now they have no defense against the junta and the socialist criminals controlling their nation.

“Hollywood’s favorite strongman banned arms for citizens. It has not ended well for those starving to death under a socialist dictatorship,” actor James Woods noted on Twitter.

Hollywood’s favorite strongman banned arms for citizens. It has not ended well for those starving to death under a socialist dictatorship… #DemocratsAreDangerous https://t.co/3wCBTWC3NL

And boy was he right.

“Guns would have served as a vital pillar to remaining a free people, or at least able to put up a fight,” Javier Vanegas, 28, a Venezuelan teacher of English now exiled in Ecuador, told Fox News. “The government security forces, at the beginning of this debacle, knew they had no real opposition to their force. Once things were this bad, it was a clear declaration of war against an unarmed population.”

Under the direction of then-President Hugo Chavez, the Venezuelan National Assembly in 2012 enacted the “Control of Arms, Munitions and Disarmament Law,” with the explicit aim to “disarm all citizens.” The law took effect in 2013, with only minimal pushback from some pro-democracy opposition figures, banned the legal commercial sale of guns and munitions to all – except government entities.

Naturally, Chavez sponsored a “gun buy-back” program before implementing his confiscation. Few Venezuelans were much interested in the government’s cash. So, by the end of the year, Chavez forcefully seized 12,500 guns. But that was just the start

And when Chavez mercifully died, the country’s next president,  Maduro, continued the confiscation policies…

In 2014, with Nicolás Maduro at the helm following Chavez’s death but carrying through his socialist “Chavista” policies, the government invested more than $47 million enforcing the gun ban – which has since included grandiose displays of public weapons demolitions in the town square.

And since then? Well, the government has become despotic and has run roughshod over the Venezuelan people, jailing and shooting them at will. And the people now have no defense to stop Maduro from subjugating them.

“Venezuela shows the deadly peril when citizens are deprived of the means of resisting the depredations of a criminal government,” said David Kopel, a policy analyst, and research director at the Independence Institute and adjunct professor of Advanced Constitutional Law at Denver University. “The Venezuelan rulers – like their Cuban masters – apparently viewed citizen possession of arms as a potential danger to a permanent communist monopoly of power.”

People like to point to Venezuela as an example of the failures of socialism, it should also be an example of why we should never give up our Second Amendment rights. The liberals ramp up their efforts to take away our Second Amendment rights and even threatened to confiscate our guns, with red flag laws. Red flag laws give police the power to summarily sweep into a citizen’s home and take all their guns without a trial or court hearing. All it needs is someone to claim the gun owner is a danger to himself or others.

After every new gun-related tragedy—dubbed “gun violence” by the anti-gun lobby just to demonize firearms—there is a revived demand for more gun laws that more deeply intrude the rights of law-abiding firearm owners while eroding their constitutionally enumerated Second Amendment right to keep and bear arms. A right Americans must hang onto with all of our might.

Much of this post was first seen at FlagAndCross 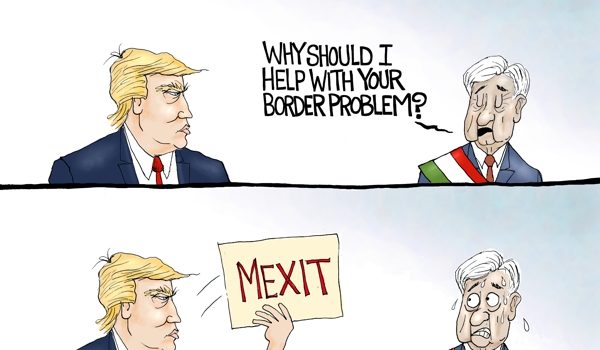