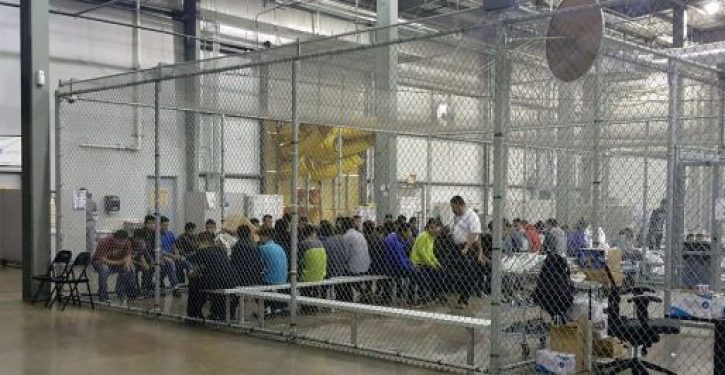 As part of her latest call to defund U.S. Immigration and Customs Enforcement (ICE) for doing its job, Rep. Ilhan Omar has asserted that detaining illegal aliens is “un-American.” The claim was made in a tweet that, typically for the Left, neglects to distinguish between aliens on a path to legal immigration and those here illegally, which is deceitful.

Not to be outdone, presidential hopeful Corey Booker (D-N.J.) over the weekend equated funding border enforcement to “rejecting Jewish refugees during the Holocaust.” Although he didn’t name names, Booker was referring to actions taken by then-President and perennial liberal hero Franklin D. Roosevelt, who refused entry to thousands of German Jews fleeing Hitler’s persecution. The reason for FDR’s heartless act? A single German spy tried to gain entrance to the U.S., masquerading as a Jew. Even though ISIS has attempted to infiltrate the U.S. via the southern border, Booker pooh-pooh’s Donald Trump’s legitimate concerns over security while ignoring Roosevelt’s.

This is what Booker was referencing: Former Democrat President Franklin Delano Roosevelt rejected thousands of Jewish refugees during the Holocaust https://t.co/iSskJO5YH7

To Omar and Booker, I would offer this challenge: Name a country that doesn’t criminalize illegal border crossers. Put somewhat differently, is it “un-French” of France to make it harder to obtain asylum than ever? In 2018, the republic implemented a tough new immigration law that doubles the detention time (yes, detention) of families and unaccompanied minors. The law is so draconian that it was condemned by the European Court of Human Rights.

Illegal border crossers fare no better in Germany, where Federal Police proudly captured 38,000 illegals in 2018, or Australia, where some 1,000-odd asylum-seekers are being kept in offshore detention centers.

Or take Canada, which like the U.S., has been inundated with asylum claims and responded by cracking down. Some of the conditions are far worse than those here. Consider: