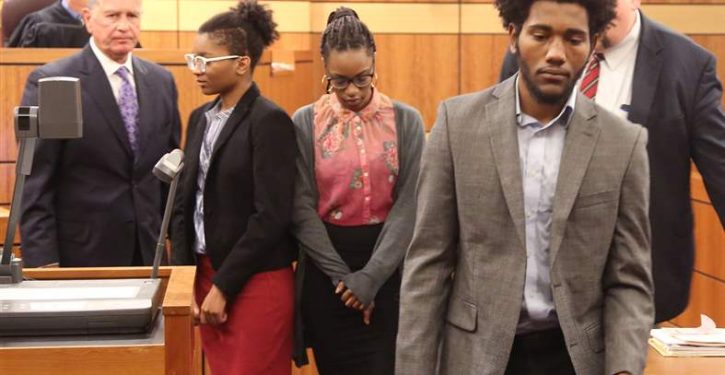 Sometimes the baker wins. Such is the case for Gibson’s Baked Goods and Candy, a century-old shop hard by the campus of Oberlin College in Ohio.

Gibson’s was the target of a campus-wide attack fomented by the university’s administration, which not only branded the establishment as racist but, according to Campus Reform, disseminated libelous flyers.

So what caused the uproar in the first place? In 2016, a black Oberlin student named Jonathan Aladin was caught attempting to steal wine from the bakery. He was accompanied by two friends, Cecelia Whettstone and Endia Lawrence, who were also arrested and charged with misdemeanor assault. (According to court records, the three attacked an employee of the bakery who tried to restrain Aladin after the theft.)

But Aladin told a different story early on. He claimed the employee “apprehended and choked” him and subsequently “chased and tackled” him prior to his arrest.

The college wasn’t content merely to run with Aladin’s version of what went down. Instead it accused the bakery of “a LONG ACCOUNT of RACIAL PROFILING and DISCRIMINATION.” Protests on campus and calls for a boycott ensued.

But once the Oberlin Police Department launched its own investigation, the story took a radically different turn. Police looked into the bakery’s history involving police and found that of the 40 adults arrested for shoplifting over the previous five years, only six had been black. Aladin was prompted to recant and said in a written statement:

The clerk was within his legal rights to detain me. And I regret presenting a fake ID in an attempt to obtain alcohol. This unfortunate incident was triggered by my attempt to purchase alcohol. I believe the employees of Gibson’s actions were not racially motivated. They were merely trying to prevent an underage sale.

But the damage to the bakery had already been done. The owners sued, and last Friday, according to The New York Times, a jury awarded Gibson’s $11 million in compensatory damages. Still to come are punitive damages, which the jury will deliberate on this week.

U.S. court rejects atheists’ appeal over ‘In God We Trust’ on money
Next Post
Ocasio-Cortez might be looking at Senate run against Schumer or Gillibrand