The top Republican on the House Intelligence Committee is calling on President Donald Trump to press British Prime Minister Theresa May about the British government’s handling of the Steele dossier.

California Rep. Devin Nunes also called on Trump in a letter to ask May whether the British government was aware of or took part in surveillance efforts against members of the Trump campaign.

Trump is expected to make a state visit to the U.K. in June.

The trigger for Nunes’s letter was a report published in the British press Sunday that Christopher Steele, a former MI6 officer, briefed high-level British government officials about his investigation into possible ties between Trump and the Russian government.

The U.K. Telegraph reported that a week after Trump’s election win, Steele briefed Sir Charles Farr, who then chaired Britain’s Joint Intelligence Committee, about his investigation of Trump’s possible ties to Russia.

Farr passed the information to other high-level British intelligence officials, including MI5 director Andrew Parker and MI6 director Alex Younger. According to the Telegraph, the prime minister was not briefed on the information.

Nunes asserted in his letter, which was obtained by The Daily Caller News Foundation, that the report raises “important questions” about the British government’s role in “spreading the dossier’s false allegations and what actions they may have taken in response to the allegations.”

Nunes has led the Republican effort to investigate the FBI’s handling of the dossier, which was used to obtain surveillance warrants against former Trump campaign adviser Carter Page. Republicans have cried foul because Steele’s dossier was unverified when cited by the FBI. It was also funded by the Clinton campaign and DNC.

Steele’s 35-page report has been all but debunked by the special counsel’s report, which found no evidence of a conspiracy between the Trump campaign and Kremlin.

“To better understand these matters, I respectfully request that you ask Prime Minster May about the British government’s knowledge of the Steele dossier and whether the British government took any unilateral actions based on information provided by Steele or at the request of any U.S. departments or agencies,” Nunes wrote in the letter.

Nunes listed seven areas he hopes Trump will discuss with May.

He wants to find out if any British officials tasked Steele with gathering additional information on Trump, as well as whether British intelligence discussed Steele with their American counterparts.

One question listed by Nunes could cause some stress on the U.S.-U.K. relationship.

“Is the British government aware of, did it give permission for, or did it participate in, activities by any government to surveil or otherwise target active or former associates of the Trump campaign, if any such surveillance or activities took place?” one question reads. (RELATED: So Who Was ‘Azra Turk’ Working For?)

At least one FBI informant had contacts with Trump campaign advisers on British soil. Stefan Halper, a former Cambridge professor, met at Cambridge University in July 2016 with Carter Page. He hosted Trump aide George Papadopoulos in London in September 2016.

Halper was accompanied during the Papadopoulos operation by a woman who he claimed was his assistant. But the woman, who went by the name Azra Turk, was actually a government investigator.

The New York Times, which first reported Turk’s role, also reported the British government was aware of the operation but did not take part.

Devin Nunes letter to Presi… by on Scribd

Transcripts: Cohen admitted it was ‘plausible’ Trump wasn’t telling him to lie to Congress
Next Post
Democrats respond to the latest monstrous murder by illegal aliens 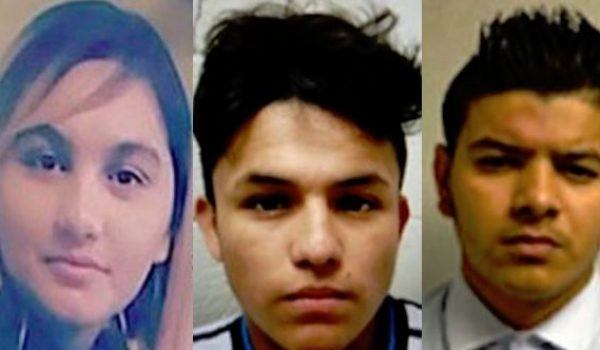