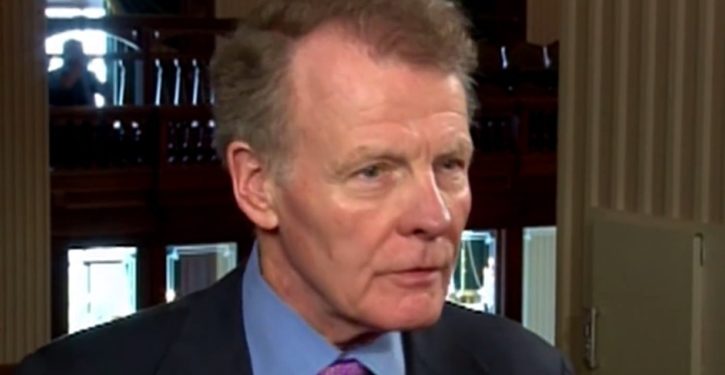 Illinois is America’s worst managed state based on measures such as cash solvency, budget solvency, ability to meet long-term spending commitments, and unfunded pension liabilities and debt. It is losing population as residents leave due to rising taxes and deteriorating services. In 2016, it lost more people than any other state. By then, it had already racked up $130 billion in unfunded pension obligations. Such hidden indebtedness, and “chronic deficits,” forced bond-rating agencies to downgrade its debt to near junk status.

Rather than fix itself, the government of Illinois wants to manage private companies instead. The Illinois legislature is moving forward on a bill to impose racial and gender quotas on corporate boards. “Companies that fail to meet the quota would be fined up to $100,000,” notes the Chicago Tribune.

As the News-Gazette notes, the Illinois legislature apparently thinks “it’s time for it to decide the demographics of individuals — meaning race and sex — who serve on the boards of private corporations that are headquartered in Illinois or are incorporated in Illinois while headquartered elsewhere.”

Earlier this year, the House passed legislation that mandates corporate boards have at least one black person and one female. …The Illinois bill has moved from the House to the Senate, where the quota mandate has been expanded to include a Latino representative. … The state of Illinois is such a mess and so poorly run that it’s amazing legislators would take it upon themselves to make governance decisions for the private sector.

But this has more to do with identity politics than public policy. It’s a blatant appeal to members of specific groups that is designed to generate votes.

Even when the state is picking people for its own boards — rather than meddling in the private sector — it is not supposed to mandate quotas. That violates the Constitution’s equal-protection clause — as a court ruled in striking down such gender quotas in Back v. Carter, 933 F. Supp. 738 (N.D. Ind. 1996).

But courts will strike down the quotas only if someone with legal standing challenges them in court. Many companies may be too timid or politically correct to do so, even though clearly they have legal standing to bring such a challenge. LU legal writer and attorney Jerome Woehrle has noted that even if companies don’t challenge the quotas, investors in companies would have standing to do so, under the logic of the court ruling in Chamber of Commerce v. SEC (2005).

One curious aspect of this bill is that it allows men who self-identify as women to qualify as women for purposes of the quota requirement. By contrast, it does not allow people to qualify as minorities based solely on self-identification. A biological male doesn’t need to undergo sex-reassignment surgery or medical treatment for gender dysphoria, or transition from male to female in an objectively verifiable way, to qualify. The bill says:

So you can be female just by saying so, but to be African American, you need to have ancestors from the right part of Africa.

California recently enacted gender quotas for corporate boards. That law is unconstitutional, as I and several others have previously pointed out. Indeed, California’s governor, in signing the gender quota requirement into law, admitted that the legislation “raised serious legal concerns” that might prove “fatal.”

The federal appeals court in Chicago has treated the two types of scrutiny as fairly similar and struck down both racial and gender quotas imposed by officials in Illinois in the past, in the area of government contracting. (See Builders Association v. County of Cook, 256 F.3d 642 (7th Cir. 2001)).

Even when it comes to the government’s own contracts, a racial quota can’t be imposed, even when racial minorities are underrepresented, and even when the quota is set at a much lower percentage than the minority’s percentage of the overall population, if the underrepresentation isn’t linked to a prima facie case of widespread discrimination that the legislature specifically found before imposing the quota. (See Richmond v. J.A. Croson Co., 488 U.S. 469 (1989); Middleton v. City of Flint, 92 F.3d 396, 405 (6th Cir. 1996)).

Even under “intermediate scrutiny,” a gender quota requirement is invalid when it applies indiscriminately to all industries regardless of whether a particular industry is pervaded by discrimination (like the Illinois bill), or is not aimed at remedying discrimination, but rather at promoting “diversity” or “gender balance” (the latter appears to be the case for the Illinois bill). (See Milliken v. Michigan Road Builders, 489 U.S. 1061 (1989) (Supreme Court summarily affirmed a federal appeals court ruling voiding gender and race-based set-asides in government contracts)).

In attempt to slam Ala. Gov, Jim Carrey posts graphic and accurate description of abortion
Next Post
Trey Gowdy: FBI has Papadopoulos transcripts that are potential ‘game-changer’ 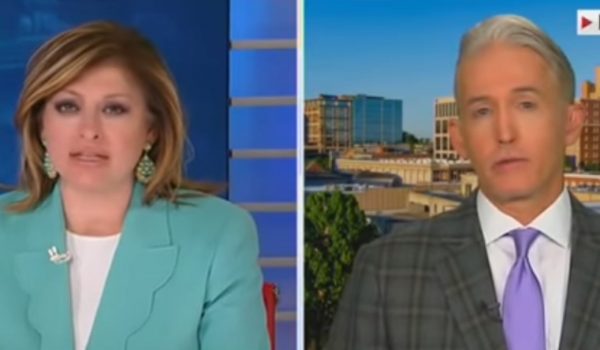