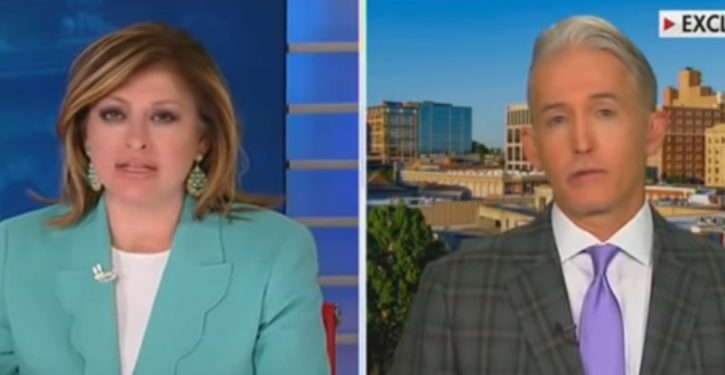 During an interview on Fox News’ “Sunday Morning Futures,” Gowdy indicated he has seen FBI transcripts related to Papadopoulos that contain potentially exculpatory information on the question of possible collusion between the Trump campaign and Russian government.

Some of us have been fortunate enough to know whether or not those transcripts exist. But they haven’t been made public, and I think one in particular is going — it has the potential to actually persuade people. Very little in this Russia probe I’m afraid is going to persuade people who hate Trump or love Trump. But there is some information in these transcripts that has the potential to be a game-changer if it’s ever made public.

The FBI officially opened its counterintelligence investigation of the Trump campaign July 31, 2016, after receiving information from the Australian government regarding Papadopoulos. A top Australian diplomat, Alexander Downer, claimed Papadopoulos told him during a conversation May 10, 2016, that he heard Russia might release information on Hillary Clinton close to the campaign.

As part of its investigation, the FBI used a longtime informant, Stefan Halper, to make contact with Papadopoulos. He paid Papadopoulos $3,000 and flew him to London in mid-September 2016 under the guise of writing an academic paper on Mediterranean energy security issues. (RELATED: EXCLUSIVE: A London Meeting Before The Election Aroused George Papadopoulos’s Suspicions)

Halper, a former Cambridge professor, was accompanied by a woman he claimed was his assistant. But the woman, who used the alias Azra Turk, was actually a government investigator. Papadopoulos claims during meetings in London, Halper and Turk asked him if he knew of or was involved in Russian efforts to obtain Clinton emails. Papadopoulos said he denied having any knowledge of the matter.

A month after Papadopoulos’s trip, the FBI obtained a Foreign Intelligence Surveillance Act (FISA) warrant against Carter Page, another Trump campaign aide. The surveillance warrant mentioned Papadopoulos as well. It is unclear if the application for the warrant includes any information gathered by Halper, who also established contact with Page.

Gowdy, who served on the House Intelligence Committee, said he and Texas Rep. John Ratcliffe have seen the potentially exculpatory documents. He said he hopes the public will one day get to review it.

“If you have exculpatory information and you don’t share it with the court, that ain’t good. I’ve seen it, Johnny [Ratcliffe] has seen it. I’d love for your viewers to see it,” he said.

Gowdy, who is a Fox News contributor, dropped another potential bombshell in a Fox News interview earlier in May.

He indicated that while he was in office, he saw an FBI spreadsheet that listed news articles and information from longtime Clinton crony Sidney Blumenthal as corroborating information for the Steele dossier. 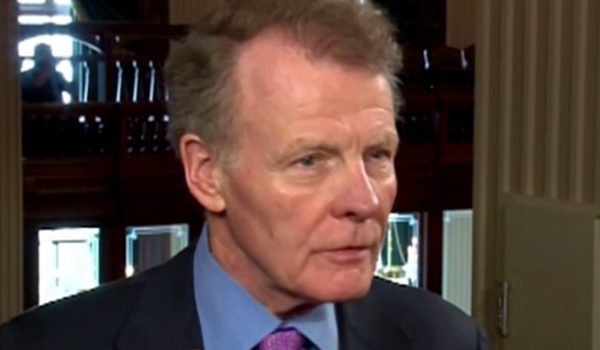 Illinois likely to impose illegal racial and gender quotas on companies
Next Post
Bernie Sanders argues teachers should be paid more because …. baseball?