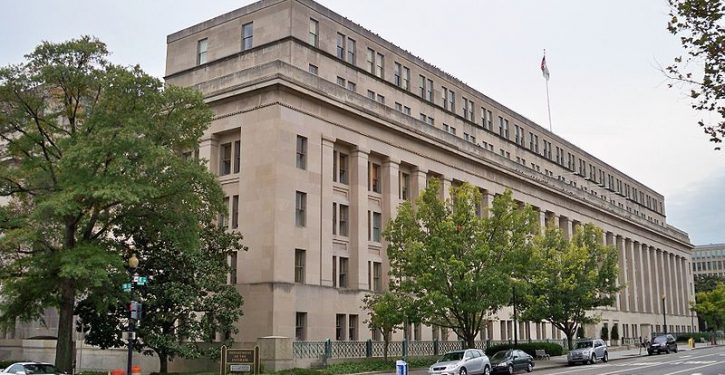 The Interior Department will publicly list attorneys’ fees paid out, often to environmental activist groups, for legal settlements, according to a recent memo from Principal Deputy Solicitor Daniel Jorjani.

Jorjani’s memo states the Interior Department will develop a webpage within 30 days to publicly list details of legal settlements and cases, which the agency says is a big step in bringing sunshine to a non-transparent practice that the public is largely unaware is happening.

“This is a big deal that will shed light on the millions of dollars the DOI pays out every year in attorneys’ fees” under federal laws, an Interior Department official said in an email.

“This is your tax money and only by shining a light on this process can you decide if it is being put to good use,” the official said.

The memo was signed May 10, but made public Wednesday. Jorjani issued the memo in response to a 2018 order from Interior Secretary David Bernhardt while he served former Secretary Ryan Zinke’s number two. Zinke resigned earlier this year and has since been replaced by Bernhardt as head of the Interior Department.

Environmental groups have been particularly successful using “citizen suits” to sue the federal government into taking an action, then getting taxpayers to pay their attorneys’ fees. A 2016 Daily Caller News Foundation investigation found federal agencies paid out $49 million for 512 citizen suits filed under three major environmental laws during the Obama administration.

Those laws — the Clean Air Act , the Clean Water Act and Endangered Species Act (ESA) — allow certain groups to recoup attorneys’ fees, which can run into the hundreds of thousands of dollars per case.

There’s also the Equal Access to Justice Act (EAJA), which was enacted in 1980 to help people, small businesses, and groups recoup the costs of defending their rights in court. Groups can get EAJA attorneys’ fees awarded by suing under environmental laws.

The EAJA caps what agencies can pay out for attorneys’ fees at roughly $200 per hour, and the law stipulates payments should only go to individuals or groups with a net worth under $7 million.

The Interior Department is a frequent target of environmental litigation. Groups often sue under the ESA to get the agency to, for example, consider listing a species. When litigation ends, environmentalists can get their attorneys’ fees paid at taxpayer expense.

The group Earthjustice, for example, raked in more than $2.3 million from taxpayers suing the Interior Department under the ESA, TheDCNF found in 2016. Earthjustice is also financially well-endowed — the group’s net assets totaled $68 million in 2015.

Another group, the Center for Biological Diversity, has sued the Trump administration alone more than 100 times, including to stop the building of a southern border wall. The center has also won attorneys’ fees from the Interior Department despite having $19 million in net assets as of 2016.

The Department of Treasury’s Judgment Fund database tracks what federal agencies pay out in attorneys’ fees for legal settlements, but it suffers from many shortcomings.

For example, TheDCNF found the database doesn’t always record the plaintiffs’ names or their legal counsel. Half the payments made to plaintiffs under the ESA and other environmental laws between 2009 and 2015 went to unnamed law firms, TheDCNF found.