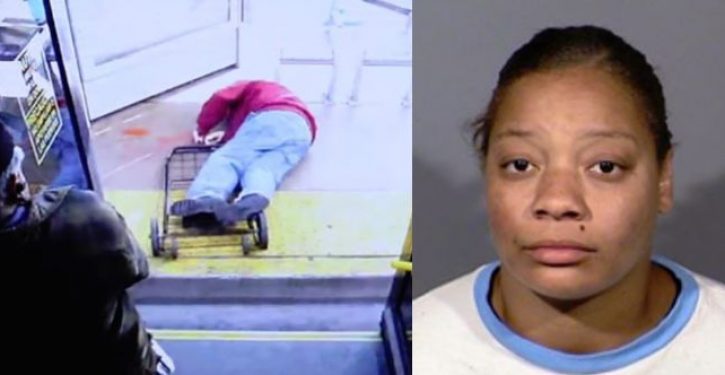 She sure showed him. “She” is 25-year-old Cadesha Bishop. “Him” is the late Serge Fournier, aged 74.

Fate brought the two of them together on a city bus in Las Vegas on March 21. According to Fournier, who initially survived the fall, Bishop was cursing at other passengers. As he passed by her on his way to the exit, he urged her to be nicer to her fellow riders.

She was apparently displeased by his reprimand and retaliated by shoving him once he had reached the door, sending him flying to the pavement below. The incident, captured on surveillance video, shows Bishop, accompanied by young son, “walking from the bus without offering assistance to the victim, who was not able to brace for the fall,” according to  Las Vegas NBC affiliate KSNV.

The video follows, but be warned, it is not for the faint of heart:

Fournier, who had struck his head on the sidewalk, was taken to an area hospital, where he died on Apr. 23.

An autopsy revealed that the victim had died from delayed complications from blunt force trauma, and the manner of death was determined to be a homicide.

The father of Bishop’s son’s describes her as violent, explaining that that is why he is no longer with her.

Bishop has been booked into the Clark County Detention Center where she faces charges for open murder on an elderly-vulnerable person. 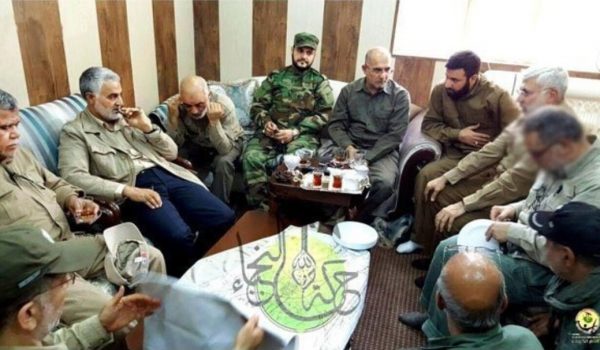