Over the last week, Stacey Abrams, who lost her bid for Georgia governor, has been in a state of perpetual denial about her loss. Last Friday, she took her delusion to a dangerous new level by declaring, “I am not delusional. We won. We don’t have to concede elections anymore.”

While many might sympathize with the former minority leader of the Georgia House of Representatives, quietly urging her to find a restful place away from the madding world of politics where she can turn her attention to writing some more romance novels (another of her passions), president hopeful Kamala Harris, took an opposite, less helpful tack.

On Sunday, Harris “fed the beast” by publicly stating, “Let’s say this loud and clear — without voter suppression, Stacey Abrams would be the governor of Georgia.” In her remarks, a video of which follows, Harris made the same claim for Andrew Gillum, who lost the race for Florida governor.

Sen. @KamalaHarris speaks to Detroit @NAACP: "Let's say this loud and clear — without voter suppression, @StaceyAbrams would be the governor of Georgia, @AndrewGillum is the governor of Florida. So the truth is we need a new Voting Rights Act." pic.twitter.com/j37Rjkhcmb

Remember when Hillary Clinton expressed concern that Trump might not accept the results of the 2016 election if he lost? Democrats, it seems, refuse to accept the outcome of any election they lose.

wow! TRANSLATION: Trump won, so disband the electoral college, we can do it state by state until his name is removed from many states' 2020 ballots, then Gillum and Abrams were supposed to win, so let's change the laws for that too!
DANGEROUS WOMAN, #kamalasoros Hillary part II.

One recalled Hillary’s words from the 2016 election: 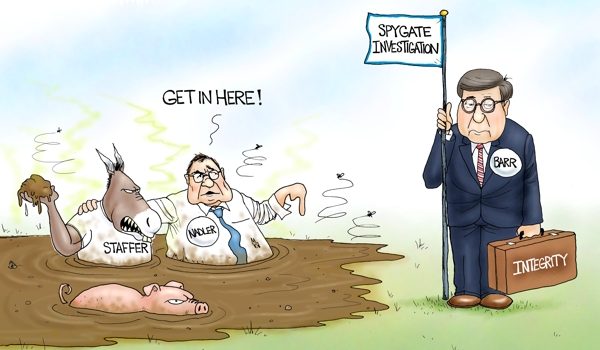