You had to know amid the onslaught of criticism directed at Bernie Sanders for his idiotic suggestion that terrorists like Dzhokhar Tsarnaev deserved the vote that someone on the Left would be extreme enough to support his argument.

That someone turned out to be ‘The View” co-host Whoopi Goldberg.

Goldberg shared her wildly unpopular opinion when Meghan McCain, a co-host of the ABC show, asked flat-out if anyone on the panel sided with Bernie’s extremist views. She was probably expecting confirmation that none of her fellow panelists were dumb enough to think extending the right to vote to mass murderers was a good idea. Then Goldberg responded:

Well, here’s what I’m going to say, if they let this terrorist out, because he served his time, he gets his — if he’s an American citizen … why’s your mouth open?

The question was posed to McCain, whose jaw had dropped at Goldberg’s reply. She went on to note the number of people the Boston Marathon bomber had killed and injured, adding “he’s a radicalized terrorist.”

Goldberg continued, drawing at least one distinction between what she was saying and what Sanders had suggested – that he gets the right to vote restored after being released from prison.

“Our Constitution says, if you’ve done your time … you have, we hope, been reformed, you’ve been changed. If they let him out, that means they feel his time is up and he gets to become the American citizen.”

“Whoopi, he killed people!” McCain exclaimed at one point.

Whoopi answered back, “Yes, lots of people do this,” seeming to channel CNN political analyst Marc Lamont Hill, who once memorably observed, “People behead for all sorts of reasons.”

If Only She Had Moved Out of the Country

Shortly after Donald Trump’s presidential victory, Goldberg said, “Maybe it’s time for me to move, you know. I can afford to go,” adding that Trump is “not the president I want.”

Donald Trump Jr. responded by saying he’d be willing to buy her airfare.

If Goldberg had followed through on her threat to move out of the country, then perhaps she wouldn’t be voting in American elections anymore. Which would be appropriate since perhaps those who support a terrorist’s right to vote shouldn’t be doing so either.

Lest you think Whoopi Goldberg has the market on addled thinking, it should be emphasized that panelists Sunny Hostin and Joy Behar began siding with Goldberg on the matter before the segment had to be ended. 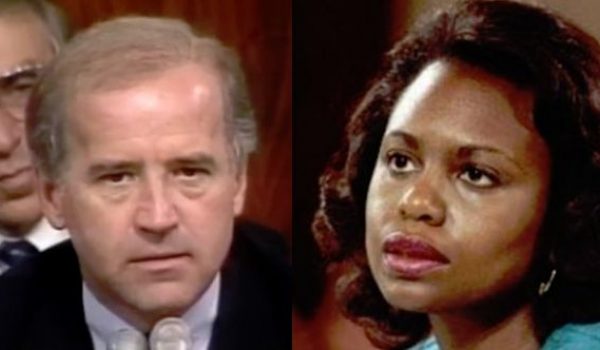