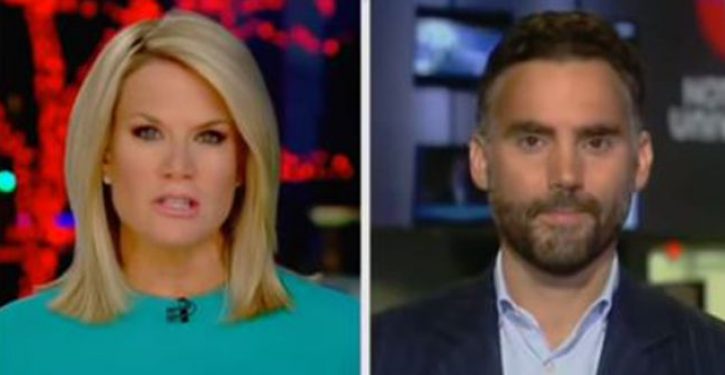 Univision reporter Enrique Acevedo suggested that the U.S. government could save $25 billion if, instead of building a wall at the southern border, authorities simply instructed agents to dodge rocks being hurled at them by angry migrants.

Fox News host Martha MacCallum and Acevedo were discussing the pros and cons of a border wall when she reminded him of incidents of rock-throwing that had endangered Customs and Border Patrol agents. Said MacCallum, citing the words of a spokeswoman for CBP who advocated for bollard fencing:

… [T]his is so much better having the wall … because they can see what’s coming at them from the other side and it helps, you know, keeps them safer in their job. That sounds like a good thing, right?

Well, it’s always a good thing when we can keep border patrol agents, federal agents safer. I would just ask you, Martha, is it worth $25 billion to keep people 100, 200, 300 yards away from the border to throwing rocks at agents on the other side when you just do this?”

He then slid to one side, as if getting out of the way of an incoming object.

Acevedo, whose first language is Spanish, answered no, suggesting perhaps he was unfamiliar with the word dodge, before repeating, “Is it worth $25 billion to do that?”

In November, a video emerged of a mob of migrants attempting to breach the U.S./Mexico border, only to be turned back by rounds of tear gas.

Democrats and the media tried to portray the migrants as innocent victims. The reality, however, is that the illegal invaders were throwing rocks and other projectiles at law enforcement, who resorted to tear gas, according to CBP, “because of the risk to agents’ safety.”

Border Patrol tells CNN: "One of the groups I've seen, several of them that were arrested, they … were chanting, waving a Honduran flag and throwing rocks at the agents. If they were truly asylum seekers, they would have walked up and surrendered and that did not take place." pic.twitter.com/7huKEPhUih

What If They Can’t Dodge The Rocks?

Acevedo didn’t elaborate enough on his theory to explain what border agents should do if they’re not in a situation where they can dodge things being thrown at them.

One such scenario occurred in July of 2018, when agents attempted to provide medical attention to a pregnant woman, only to be hit with rocks by another illegal.

A statement via CBP reads, “As agents began to provide the woman with medical attention, one of the subjects on the bridge began to throw rocks at the agents.”