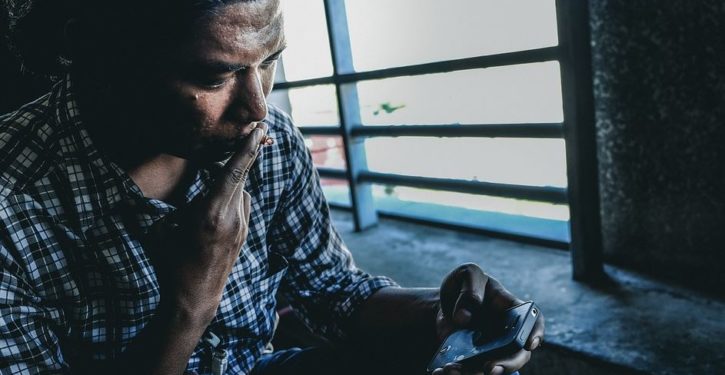 Government officials are spreading ignorance and fear about electronic cigarettes, notes Jacob Sullum of Reason magazine. E-cigarettes emit vapor, rather than smoke the way cigarettes do. It’s the toxic smoke that results in cigarettes causing cancer. So vaping e-cigarettes is safer. But people are becoming more and more ignorant of this fact as the years go by: “The percentage of Americans who understand that vaping is less dangerous than smoking continues to decline, thanks to years of mealy-mouthed, misleading, and mendacious statements by government officials, activists, and journalists.”

That has deterred smokers from switching to vaping, “a harm-reducing shift in nicotine consumption that former FDA Commissioner Scott Gottlieb called ‘a tremendous public health opportunity.'” As Sullum observes:

In 2015 Public Health England endorsed an estimate that vaping is something like 95 percent safer than smoking. In 2016 the Royal College of Physicians concluded that “large-scale substitution of e-cigarettes … for tobacco smoking has the potential to prevent almost all the harm from smoking.”

If smokers quit smoking, by switching to vaping, that would reduce the government’s cigarette tax revenue, and it would also reduce states’ revenue under the tobacco Master Settlement Agreement. The government profits from smoking, overall, given the tobacco taxes it collects and the relatively cheap way that smokers die (lung cancer kills swiftly and thus relatively cheaply, compared to other diseases that kill old people, and smokers’ early death saves the government money on social security and Medicare). The dependence of some government programs on tobacco revenue may create a conflict of interest that gives some officials an incentive to exaggerate the health risks of e-cigarettes.

Virginia recently raised the age for both smoking and vaping to 21, joining seven other states in doing so. It should have left the age for vaping at 18, so that young smokers could switch to vaping and perhaps save their lives.

Propaganda from activists who hype the risk of e-cigarettes has also made people less likely to switch from smoking to vaping. Some people erroneously think they can get “popcorn lung” from vaping. As HealthDay News reports, “more American adults now believe vaping is just as dangerous as smoking cigarettes.” As Sullum notes, they “are clearly wrong to believe that,” but their misconception is understandable in light of the alarmist claims made by some activists.

Erika Sward, assistant vice president for national advocacy at the American Lung Association, says it’s foolish to consider the relative risks of vaping and smoking, because “cigarettes are the most deadly consumer product on the market.” But the fact that cigarettes are more deadly than other consumer products (such as e-cigarettes) is precisely the reason why those addicted to nicotine should switch to vaping, in order to reduce their health risks.

Declines in adolescent smoking accelerated as vaping increased. So vaping is not increasing overall rates of nicotine dependence. As Michelle Minton notes, some activists’ opposition to vaping may reflect their own financial conflicts of interest, more than genuine concern about users’ health.