Apparently it is all about the Benjamins, baby. Freshman Ilhan Omar, who in her short time in the U.S. House of Representatives, has managed to alienate Congress members on both sides of the aisle by suggesting, for example, that AIPAC buys undue influence for Jews and Israel, is facing allegations of her own about the improper use of campaign funds.

According Washington ABC affiliate WJLA, authorities in Minnesota are wrapping up an investigation of  Omar’s campaign spending during her stint as a state lawmaker. The probe arose out of complaints filed last year by Republican state lawmaker Steve Drazkowski, who alleged that Omar had spent close to $6,000 in campaign funds for personal use, including payments to her divorce attorney and travel to Boston and Estonia.

Drazkowski’s filing of the two complaints followed an earlier episode in which Omar repaid $2,500 for honoraria she received for speeches at colleges that receive state funding, a violation of ethics rules for Minnesota lawmakers.

“I had observed a long pattern,” Drazkowski told Sinclair in an interview from his office in southeastern Minnesota. “Representative Omar hasn’t followed the law. She’s repeatedly trampled on the laws of the state in a variety of areas, and gotten by with it.”

The campaign finance board has reportedly completed its review of Drazkowski’s complaints and will issue its rulings on them within the next month to six weeks.

Omar isn’t the only freshman congresswoman to be accused of ethical misconduct. The ubiquitous Alexandria Ocasio-Cortez, who represents New York’s 14th congressional district, was named in two ethics complaints last month, including one that alleged that she and her chief of staff had set up a million-dollar private slush fund. 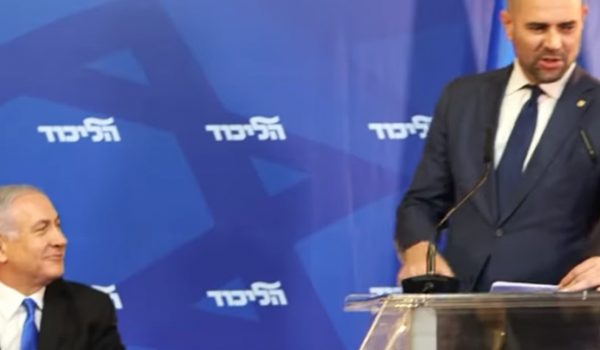 Owning them like a boss: Netanyahu dunks claim that his online support comes from bots
Next Post
Biden’s advances were harmless and non-sexual? What ever happened to affirmative consent?