Yesterday, LU’s Howard Portnoy gave readers cable news’s reaction on Day One to the bombshell that the Mueller report would recommend no more indictments. By Day Two — Saturday — the sadness and anger had given way to a more contemplative mood as liberal news analysts attempted to explain to their and their viewers’ satisfaction how the probe that was sure to end Donald Trump’s presidency could have gone so terribly wrong.

Deep thinker Bill Maher gave an inkling of this refined train of thought as early as Friday when he wondered aloud whether Democrats had “put too much trust” in Mueller‘s report, adding,  “I don’t need the Mueller report to know [Trump’s] a traitor. I have a TV.”

This was followed inevitably by allegations of an out-and-out conspiracy tendered by MSNBC’s Joy Reid, who “reasoned”:

The fact that this investigation takes place within the justice Department which Donald Trump essentially controls and that he got rid of the problem, Jeff Sessions, who the one decent thing that he did was just recuse himself, this guy is not recused, it feels like the seeds of a cover-up are here.

Well, I mean, theoretically it could happen, right? These are humans. They are all fallible. Maybe he does feel some sort of loyalty to him. Bill Barr is one guy. There are secretaries. There are people who have to handle these documents. There are the FBI agents who did this themselves. I don’t think that there’s room for a cover-up because why cover up the greatest scandal in the history of the United States with the greatest scandal in the history of the United States, an attorney general trying to engineer that. I don’t believe that’s going to happen because if they do, then you can just see copies of this thing falling out by the palate load in front of The Washington Post.”

You can watch the exchange beginning at 0:30 in the video that follows:

Attorney General Jeff Sessions was “the problem” and was behind the cover-up, whatever that refers to? Interesting take, especially when the list of people who genuinely sought to derail Trump’s presidency — including members of his Justice Department — is so long and well-documented.

It will be fascinating, if in a perverse sort of way, to see what Day Three brings. 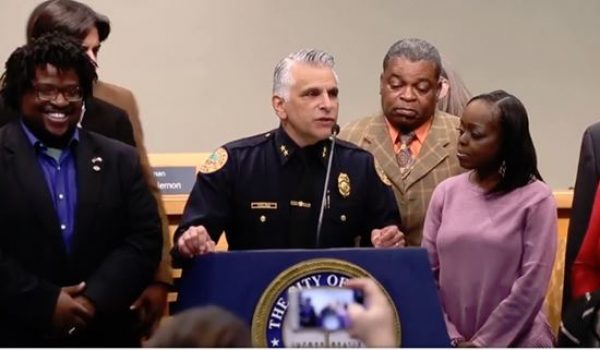