Did you hear the one about a Muslim Congress member who hates Jews yukking it up over having taken a “terrorism” course in college? If it doesn’t sound like a joke to you, it’s probably because terrorism is no laughing matter.

Unless you are Rep. Ilhan Omar, who appears in a soon-to-be-viral video joking with an interviewer about the terrorism class she took as an undergraduate. The audio is a little hard to follow, but it is obvious that the subject of terrorism tickles Omar’s funny bone.

Americans don't like lawmakers laughing about Terrorism! It's a Crime, NOT a JOKE!

I looked up the course bulletin for North Dakota State University, where Omar got her bachelor’s degree, and sure enough, the political science department offers a three-credit course titled simply “Terrorism.” Here’s the course description:

It doesn’t necessarily sound pro-terrorism, but neither does it sound markedly anti-terrorism. The student body is 85.8% white, which makes it unlikely the school actively promotes terrorism. But the one troubling question that remains unanswered, especially in light of remarks Omar has made since solemnly pledging pm Jan. 3 to “support and defend the Constitution of the United States against all enemies, foreign and domestic” is what does she find so damned funny? 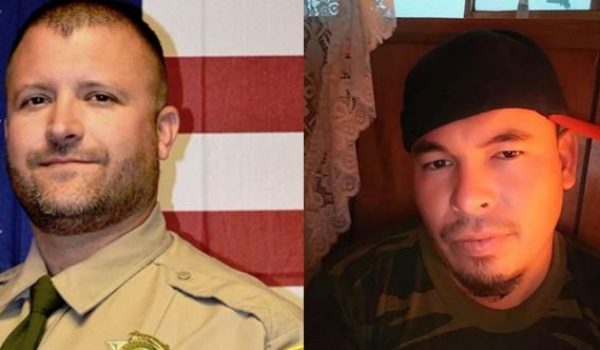 First deputy killed in line of duty in Kittitas County (WA) in 92 years shot by Illegal alien
Next Post
Which 2020 Democrat is weirdest?