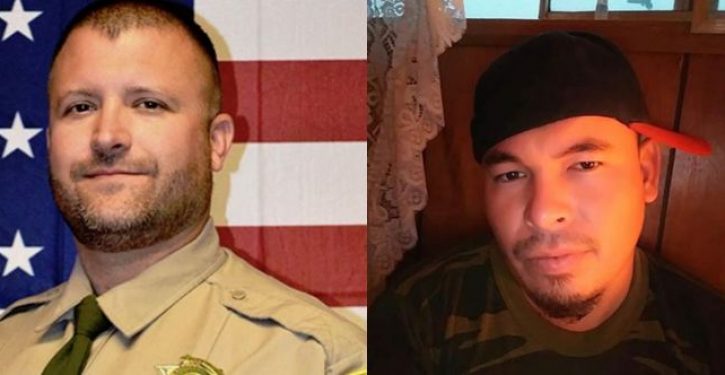 It’s a dubious record, but it is now owned by 29-year-old Juan Manuel Flores Del Toro, a Mexican citizen in the U.S. illegally. On Tuesday, he shot and killed 42-year-old Kittitas County Sheriff’s Deputy Ryan Thompson, following a traffic stop. The shooting death of duty of Deputy Thompson, who was married and had three children, was the first since 1927.

According to Fox News, via the Associated Press, Flores Del Toro wounded a second officer after police responding complaints of a driver exhibiting road rage attempted to stop his vehicle. Flores Del Toro initially refused to pull over. He finally stopped after a short pursuit only to emerge from his vehicle and open fire on the officers.

A spokeswoman with Immigration and Customs Enforcement (ICE) confirmed that Flores Del Toro had entered the U.S. at Laredo, Texas, in April 2014 on a temporary agricultural worker visa. ICE, however, had no record of the alien’s leaving the U.S. or seeking to extend his visa after it initially expired.

If there is anything positive to come out of this story it is that Flores Del Toro will never harm another officer or anyone else again. Additional sheriff’s deputies who had responded to the call of reckless driving returned fire after Flores Del Toro began shooting, killing him.

But trying telling that to Ryan Thompson’s widow or children.