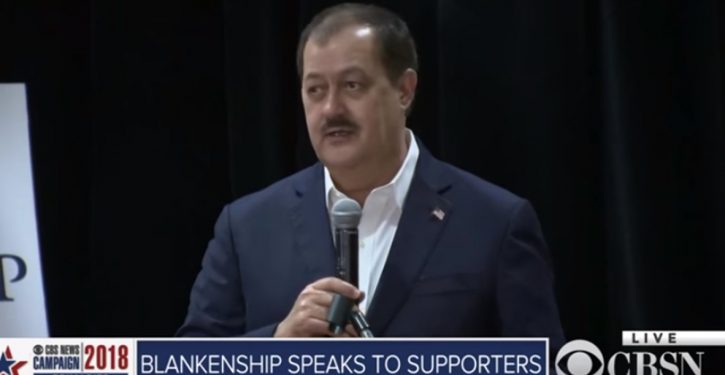 In a groundbreaking defamation lawsuit to the tune of $12 billion in damages, former Massey Energy CEO and 2018 West Virginia Senatorial Candidate Don Blankenship has alleged a coordinated case of defamation from the D.C. swamp and the mainstream media in order to prevent him from winning high office and “draining the swamp.”

While Blankenship was convicted of a misdemeanor for “conspiring to violate safety regulations” prior to a mining explosion in 2010, he was found innocent on all felony charges. Nevertheless, in the days leading up to the May 8, 2018 GOP primary vote, dozens of news outlets and specific media personnel began referring to him as a “convicted felon” and even went so far as to say he was convicted of manslaughter, something that Blankenship was never even charged with.

According to Blankenship’s attorney, Eric Early, this was no gaffe—rather a coordinated smear effort by the GOP establishment and mainstream media. If Blankenship prevails, and at this point the facts weigh in his favor, not only would this be the largest, most costly defamation case ever, but a chilling look into just how far those in power are willing to go to shut out outsiders who rock the boat.

During the 2018 GOP Senate Primary Debate in West Virginia on May 1, 2018, Blankenship ruthlessly challenged the status quo by criticizing Republican Majority Leader Sen. Mitch McConnell (R-KY), stating, “McConnell has to go to drain the swamp.”

Furthermore, Blankenship ran an ad referring to Sen. McConnell as “Cocaine Mitch,” propelling his campaign to national prominence, referring to cocaine that was found being illegally transported on a ship owned by McConnell’s father-in-law.

“The McConnell swamp saw Mr. Blankenship take the lead in the polls and panicked. At the end of the day, these media outlets and some of the swamp including Mitch McConnell and Senator Thune set out on a reckless campaign to defame Mr. Blankenship which interfered in a federal election,” Early told Mediaite.

Indeed, just one day before the 2018 GOP primary vote, internal Republican polls showed Blankenship leading the pack with a projected 31% of the vote. Oddly enough, many media outlets who previously reported on Blankenship’s misdemeanor factually suddenly began to label the candidate a “convicted felon.”

Outlets like CNN, MSNBC, Fox News, and the Associated Press are targeted in the lawsuit, as well as various media personalities and Fox News senior judicial analyst Andrew Napolitano, who, after stating that Blankenship “went to jail for manslaughter,” on live television, apologized for the “mistake” in an email, but never publicly acknowledged it.

“I understand now that yesterday I mistakenly misstated the nature of Mr, Blankenship’s lamentable conviction and failed to mention his acquittals,” Napolitano reportedly wrote in the email,” adding, “I feel very badly about this; especially since I am fond of him and wish him well in his Senate race.”

In the era of “fake news,” many outlets on the left have reacted to the anti-Trump fervor rampant in activist circles by exaggerated the facts or even lying outright and have been rightfully called out. However, fake news on either side of the political aisle must be called out, regardless of who is responsible.

If Blankenship’s claims are correct and the facts prove that the coal baron was relentlessly targeted by an establishment hellbent on ruining his political prospects through blatant defamatory tactics, the case will make the history books, set legal precedent for decades to come, and be a stark warning of the consequences to those who represent themselves as “news,” but fail to get the facts before they report it .